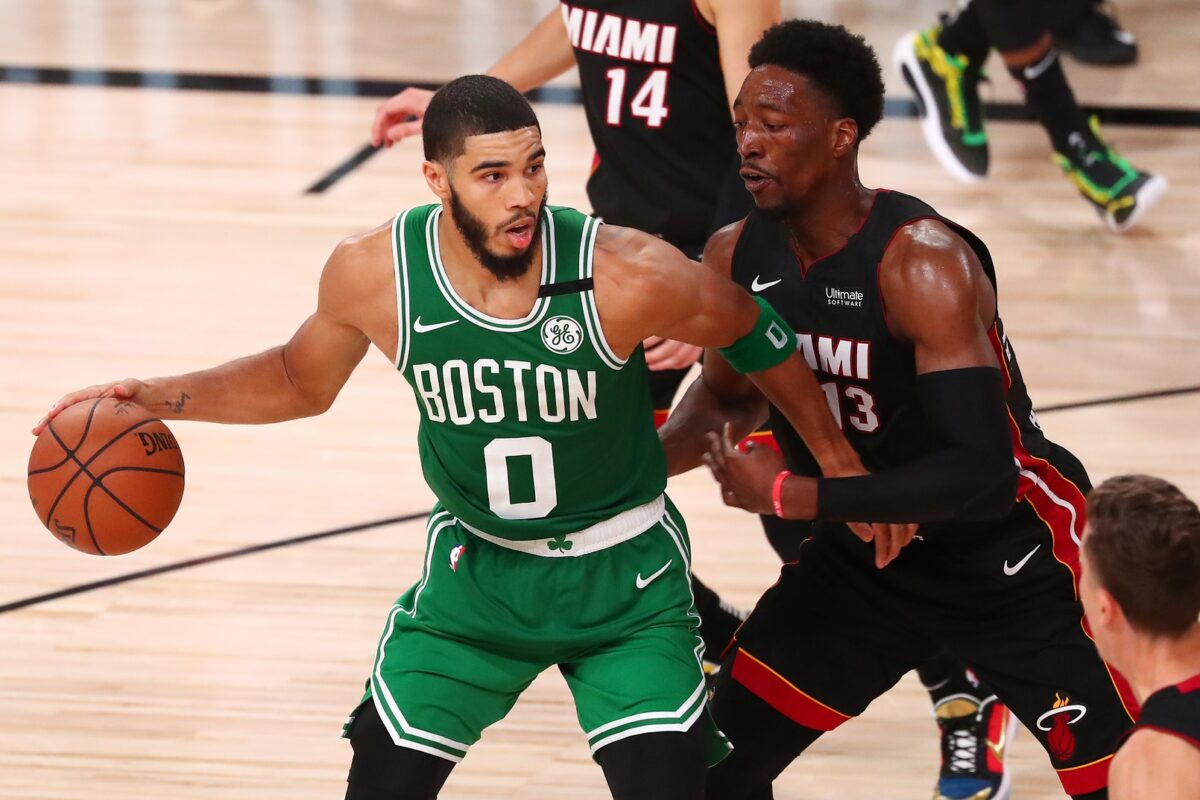 The Boston Celtics are coming off of a huge win in Game 3 of the Eastern Conference Finals against the Miami Heat.

While it seems that Boston may have gotten some of its mojo back, it still trails the Heat 2-1 in the best-of-seven series.

In a stunning comment, Jayson Tatum suggested the Celtics do, in fact, know the score of this series: “We’re still losing. And we know that.”

The Celtics are by no means in a position to rest on their laurels.

The Heat came back from big deficits in both of their wins in the series, and they look poised to make the NBA Finals.

Miami has started the postseason 11-2 in its first 13 games. The Celtics certainly present a challenge, especially with the return of forward Gordon Hayward, but Miami is still in the driver’s seat in the series.

The Heat and Celtics will square off in a pivotal Game 4 on Wednesday from the NBA’s Orlando, Fla. bubble.

Tipoff for Wednesday’s game is currently scheduled for 8:30 p.m. EST.