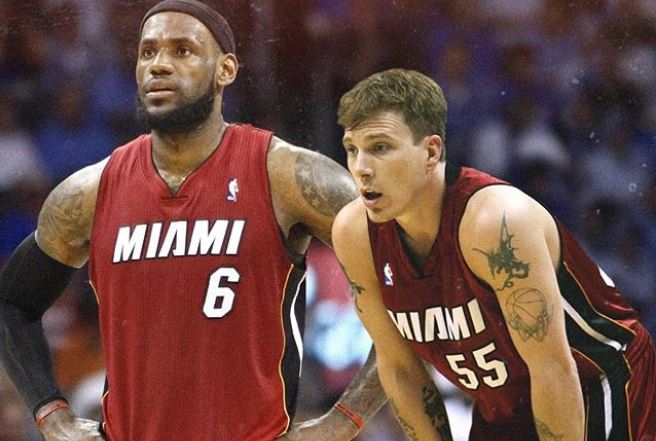 Former Miami Heat point guard Jason Williams decided to weigh in on who he believes is the greatest basketball player of all time.

THE G.O.A.T!!! 🐐👀 Ima start off by saying right off the bat that I got nothing but love and respect for everyone in this discussion! Anyone who knows me knows I always paid my respects to my OGs!! 🙏🏼 But I get asked all the time who the GOAT is to me when it comes down to MJ, Kobe, and LeBron! Ima let y’all know right now that in my humble opinion… KING JAMES IS THE 🐐🐐🐐!!! Before I get into let me make it clear: there was never a badder human being to step foot on a basketball court than Michael Jordan!!! His intensity and competitive fire and six rings speaks for itself!! Baddest dude to ever lace em up PERIOD!!!!! 🔥 As for Kobe, the dude was for real a genius, a savant, he studied and dissected the game like a surgeon and then worked harder than everybody else!! The blood sweat and tears were SACRED to Bean, he just wanted it more than anybody else!!! 🙏🏼🙏🏼 But when it comes to Bron, all I gotta say is that if we’re talking PURELY BASKETBALL… he’s the GOAT!! Bro could lead the league in 5 statistical categories if he wanted to and MJ just couldn’t have done that!! Bron got the perfect body/IQ/raw ability for the game of basketball and that’s just a fact! UNSTOPPABLE!! If you’re building a basketball player, you’re going to build Lebron‘s body/mind/skillset every time over anyone else who’s ever played the game!!! 👀💪🏼 Everyone gonna talk about who has the most rings and I understand that the game is about winning but to me: LBJ is the best basketball player of all time!!!! Also, how about this: Lebron’s shoes are WAY more comfortable to hoop in than Air Jordan’s and that’s just a fact!! 😂🙌🏼 You won’t catch me hooping without my Lebron 17s and that’s all I got left to say on the matter!!! 🏀 What y’all think??! Who’s your GOAT?! Convince me in the comments, I’ll be reading!!! 👀🧐 [Shout out to @tripp for the dope artwork!!! 💯🔥] #GOAT #kingjames

Williams said that his choice came down to three players: Kobe Bryant, Michael Jordan and James.

“White Chocolate” thinks that James’ unique combination of physical build, basketball IQ and raw skill gives him the ability to lead the league in all five major statistical categories “if he wanted.”

Williams also paid homage to the late Bryant, calling him a “basketball savant” and claiming that he worked harder than everyone else.

As for Jordan, Williams has respect for his competitive intensity and six championships, but he doesn’t believe that he could dominate the game across all statistical categories like James.

The greatest-of-all-time debate is always being had in basketball circles, but has received a new spark with the airing of ESPN’s “The Last Dance” documentary on Jordan and the 1998 Chicago Bulls.

And while James hasn’t surpassed Jordan’s six titles, he still seems to have plenty left in the tank.

The King is averaging 25.7 points per game and a career-high 10.6 assists in his age-35 season and will attempt to bring a title back to Los Angeles should the NBA season resume.