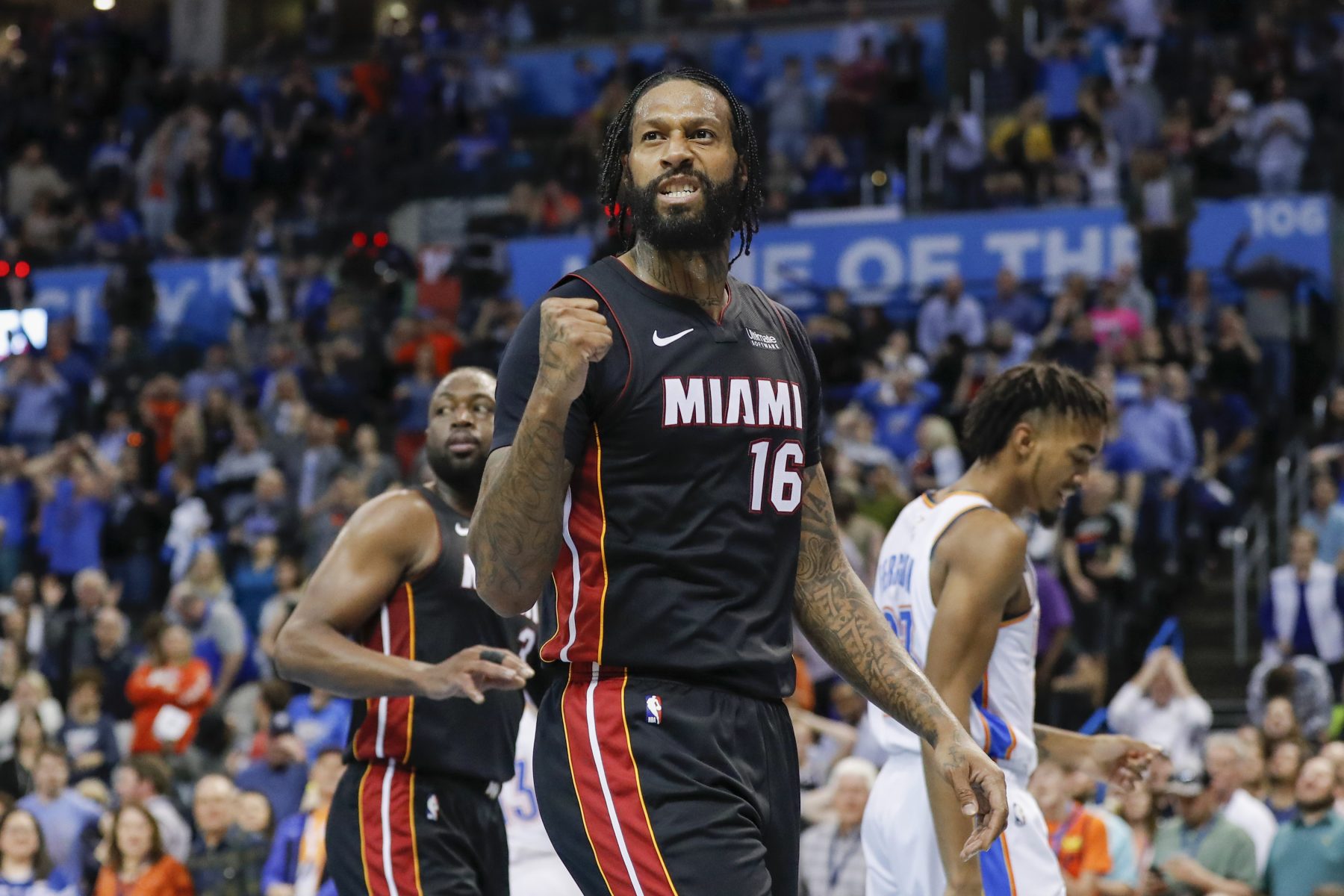 Miami Heat veterans James Johnson and Dion Waiters are both hoping to bounce back from underwhelming seasons.

As it turns out, Johnson is confident that he and his teammate can do just that.

On Saturday, Johnson issued a warning to those who may doubt them:

“Doubt at your own risk.

“We’ve been grinding and we’ve been working together. I feel like he’s ready. He looks the best that I’ve seen since he’s been a Miami Heat. And I’m healthy.”

Last season, Johnson played just 55 games due to lingering injuries. In those games, he averaged 7.8 points, 3.2 rebounds, and 2.5 assists per game.

At times this offseason, it seemed possible that one or both vets would be shipped off as part of a trade. As it stands, they are both still members of the Heat. They also both have a lot to prove.

Now that star Jimmy Butler is a teammate, the expectations in Miami are raised. Missing the playoffs this season like they did last season would be seen as a major disappointment.

In order to help Miami achieve its postseason goals, both Waiters and Johnson will certainly have to have resurgent years.

Luckily, Johnson seems quite confident that that’s exactly what is going to happen.