James Johnson Disappointed in Himself for Letting Team Down in Portland 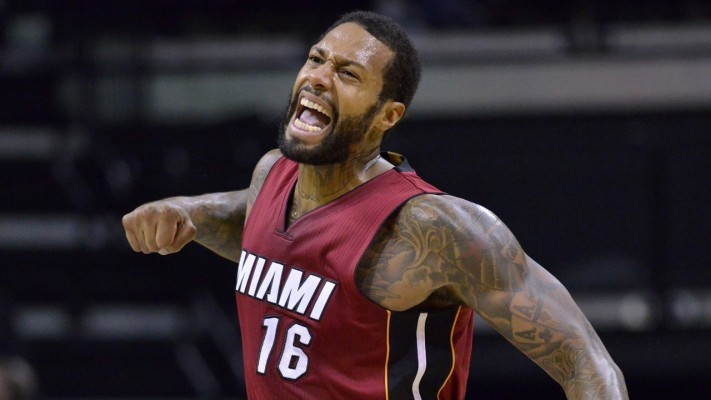 Miami Heat forward James Johnson has played 418 games with five different teams over the course of his eight-year career in the NBA.

Saturday night in Portland marked the first time Johnson had ever been ejected from a game.

The 29-year-old picked up his second technical foul of the night with 20 seconds to go in the third quarter and the injury-riddled Heat went on to lose 99-92 to the Portland Trail Blazers, dropping their record to 7-13. The forward expressed his regret and disappointment for the ejection, per Tom D’Angelo of the Palm Beach Post:

“I lost it,” Johnson said Monday following practice. “I messed up, man. I left my guys out there by themselves and that’s the moral of the story. I just wasn’t mentally strong enough to handle that.”

Due to the absences of Dion Waiters, Justise Winslow, Josh Richardson and Luke Babbitt, Heat head coach Erik Spoelstra went with a seven-man rotation and losing Johnson was a huge blow.

Johnson’s absence most definitely hurt the team. The shorthanded squad eventually ran out of gas in the fourth quarter and lost a very winnable game. To make matters worse, the Heat announced that the veteran would miss Tuesday’s contest against the New York Knicks because of a rotator cuff injury.

It’s been a disappointing couple of days for Johnson, who is averaging a career-high 9.9 points to go along with 4.7 rebounds and one block per game. The journeyman has found a solid spot in the Heat’s rotation, consistently coming off the bench and providing an immediate spark.

Johnson’s next chance to return to action will be Wednesday night against the Atlanta Hawks.
[xyz-ihs snippet=”Responsive-ImagenText”]