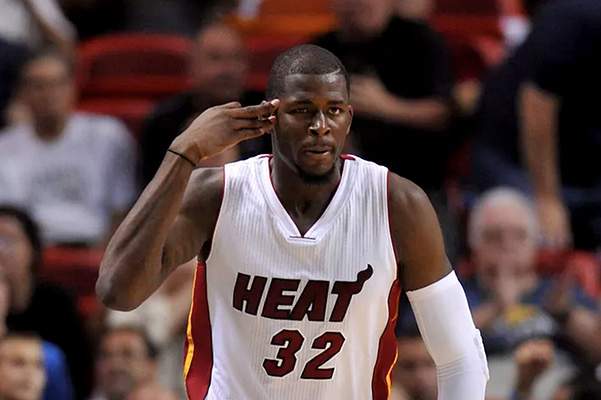 Despite enduring some severe struggles during his time on the Miami Heat’s summer league team in Las Vegas, forward James Ennis has regained his confidence after taking a careful assessment of what went wrong during those fateful two weeks.

The Miami Herald’s Barry Jackson recounted how Ennis’ brutal performance over seven games, which included shooting 29.7 percent from the field, missing 21 of 23 three-point attempts and committing 23 turnovers compared to his 11 assists, had him shaken.

Those numbers were a sharp contrast from last season, when he connected on 40.9 percent of his outside shots, including 32.6 percent from long range, in his 62 games for Miami.

Ennis soon realized one of the main problems for his performance, saying:

“I was down on myself because I expected more from me. But I looked at it and said, ‘You’re injured.’ I was playing at 65 percent. I did a lot of treatment. My knee is a lot better. You’ll see it in the preseason.”

Speaking about how a tip from Heat assistant coach Keith Smart should get him back on track with regard to shooting, Ennis said:

“The reason I was losing the ball a lot was I was standing straight up. When I stay low, like I have been, it’s good. I’m handling the ball very well right now.”