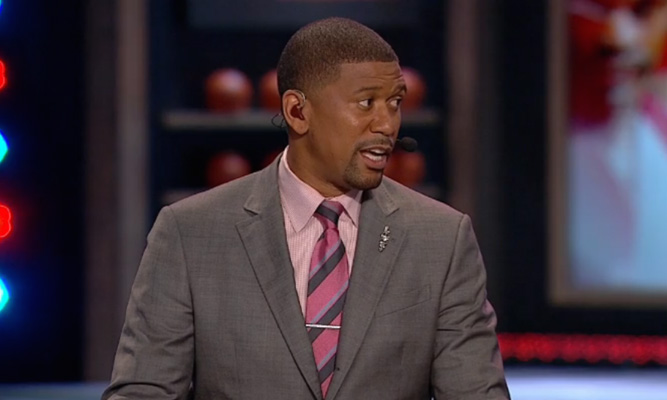 Through 27 games, the Miami Heat are 16-11 and have the fourth-best record in the Eastern Conference.

After one-third of the NBA season, the Heat are just a game behind for the second-best record in the conference. In fact, for a good portion of the season, Miami has been the second-best team in the East.

Despite their record and a win over the LeBron James-less Cleveland Cavaliers on December 5th, some still don’t believe the Heat are a true threat in the East. ESPN’s Jalen Rose had the following to say in regards to the Heat’s chances at Eastern Conference supremacy during a teleconference this week:

There is no doubt that a second-place finish in the conference would be a remarkable improvement from last season’s non-playoff finish.

Having said that, the ultimate goal for the Heat is to win a championship. When Pat Riley constructed this roster mixed with veterans and young pieces, it was with the expectation that Miami would be hoisting the Larry O’Brien NBA Championship Trophy in June—not losing to the Cavaliers in the playoffs.

Though Rose feels that the Heat won’t contend with the Cavs in the playoffs, he did have some positive things to say about Miami as an overall team, including some thoughts about Dwyane Wade:

“He’s (Wade) attacking the basket, making his open shots. And Chris Bosh has shown flashes also. Hassan Whiteside continues to improve. He can contain his emotions, continue to compete on each play, contest shots, grab boards, finish around the basket. Goran Dragic is going to be key. Can he be as effective and efficient as they need him to be?”

While he had positive things to say about the Heat’s core, the ESPN analyst summarized how he feels about Miami’s potential:

“They’re definitely a legitimate playoff that’s worthy of advancing. But beating the Cleveland Cavaliers? I don’t see it.”

The Heat will have one more opportunity to face off with the Cavaliers before the postseason rolls around, with their next meeting on March 19th at American Airlines Arena.
[xyz-ihs snippet=”Responsive-Ad”]