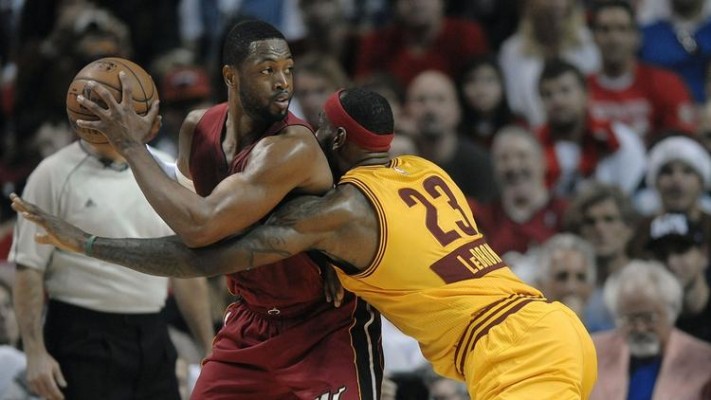 Let’s face it, in order for the Miami Heat to reach the NBA Finals, they’re most likely going to have to go through the powerhouse Cleveland Cavaliers in the Eastern Conference Finals.

That means Dwyane Wade will be going up against former teammate and close friend LeBron James.

According to Jalen Rose of ESPN, if the two end up meeting in the semifinals, this is where Wade and the Heat need to turn from friend to foe:

“So besides the obvious Golden State and the Spurs, the individual intriguing series that I’m looking forward to will be that one, because the dynamic that’s going to have to play out is something we as fans really wanted to see every time the Cavs went back to Miami, and in particular the last time when they got blown out and LeBron was fraternizing with D‑Wade during the game, and we know from talking to Coach Blatt and talking to the general manager, he’s basically played great basketball since.

What Rose is saying is essentially that Wade cannot fraternize with James at any cost on the basketball court. Whatever they do off the court after the playoffs is their own business, but in order for the Heat to have a chance of advancing, they need to “hate” James and the Cavaliers come playoff time.

cleveland cavaliersdwyane wadeFeaturedlebron jamesmiami heatNews Ticker
← Previous Story Video: Goran Dragic Loses Tooth Mid-Game, Throws It to Bench, and Continues Playing
Next Story → Hassan Whiteside on Teams That Passed up on Him: ‘They Know They Messed Up’