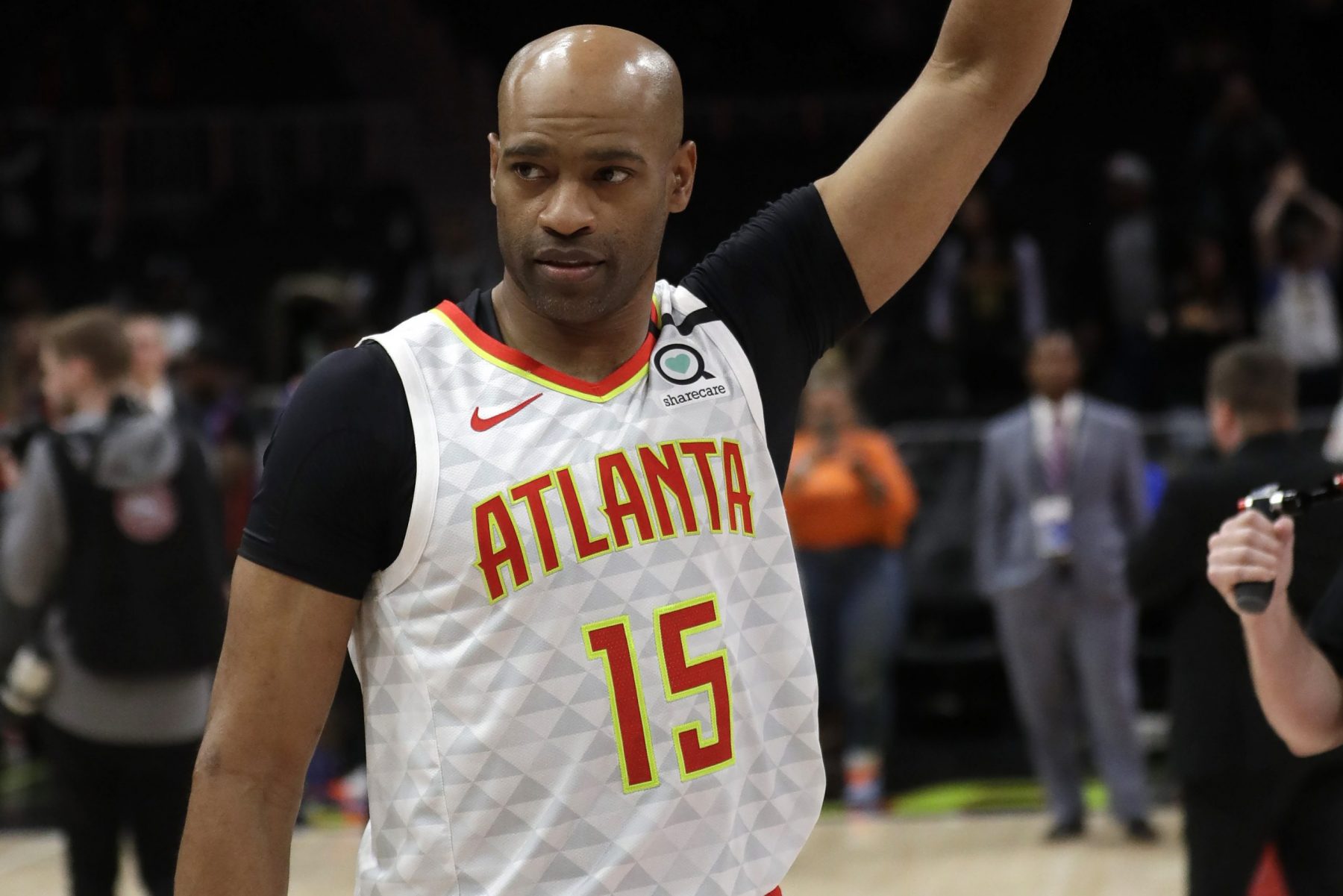 Basketball legend Vince Carter officially announced his retirement from the NBA on Thursday.

THANK YOU @mrvincecarter15 .! ILL BE FOREVER THANKFUL FOR YOU TAKING ROOKIE JC UNDER YOUR WINGS AND HELPING MOLD ME INTO THE PRO I AM TODAY! ENJOY THE HALL OF FAME LEGEND IT WAS ONE HELLUAVA RIDE GLAD TO SHARE SOME MEMORIES WITH YOU.! -99

Crowder, 29, joins a long list of players who are grateful to have played alongside the journeyman.

Carter, 43, had one of the most prolific careers in NBA history.

However, the veteran is best known for his ferocious tomahawk dunks. Carter won the Slam Dunk Contest in 2000.

The eight-time All-Star made NBA history earlier this year when he became the first NBA player to play in at least one game in four different decades.