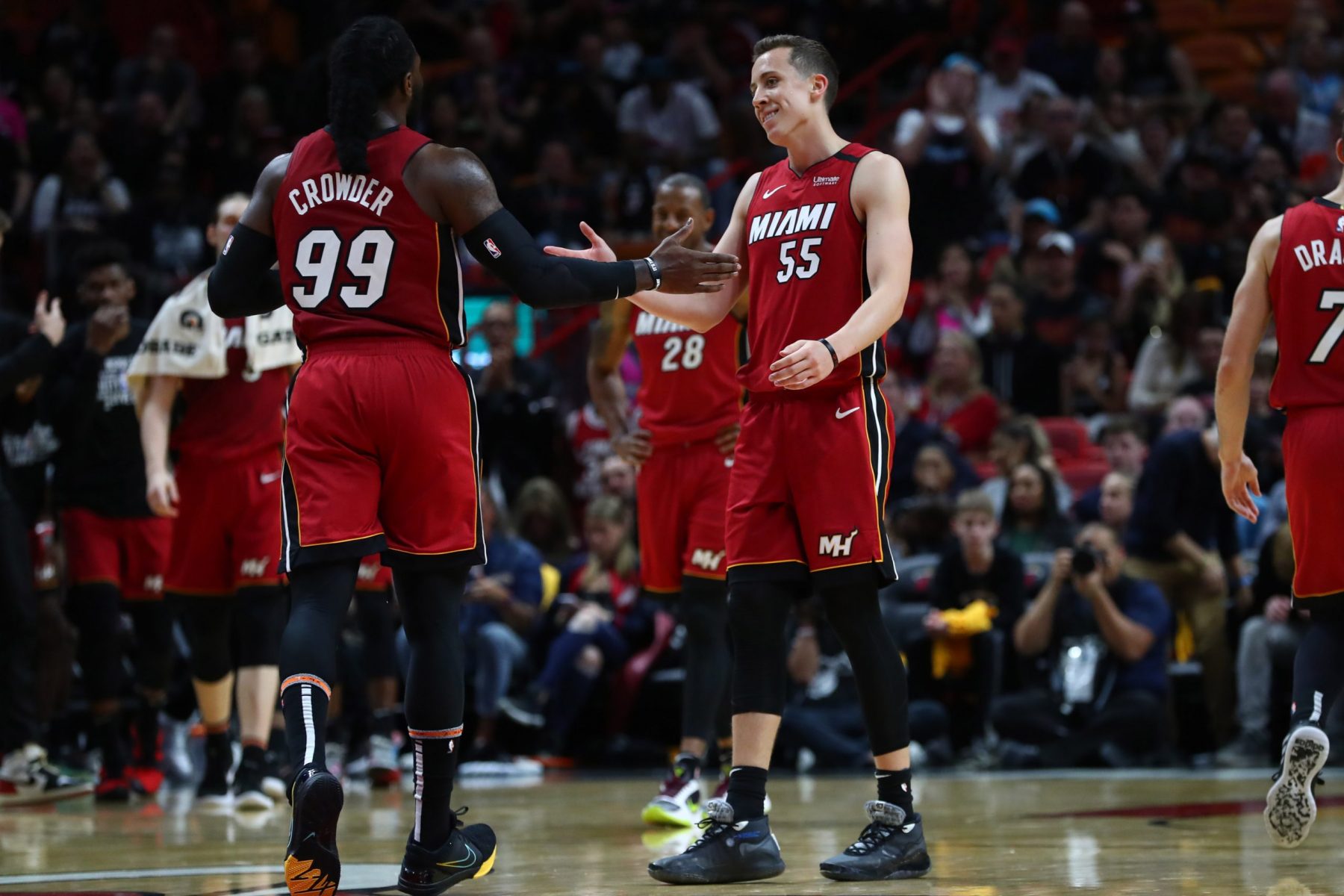 Miami Heat forward Jae Crowder has only been a teammate of Duncan Robinson for a short time, but recently said that Robinson’s 3-point shooting reminds him of that of former teammate Kyle Korver.

Crowder had only played 13 games with the Heat before play was suspended on March 11 because of the coronavirus pandemic.

Yet, that short period of time was enough to vault Robinson into the elite class of long-range shooters according to Crowder, who cited the comparison to Korver.

Korver is a 17-year veteran who’s knocked down 2,437 3-pointers during his lengthy career, compared to Robinson’s 253 3-pointers over two NBA seasons.

Despite the obvious disparity in production, Crowder believes that Robinson is already displaying a quality that Korver doesn’t possess.

Crowder played with Korver in both Cleveland and Utah within the past few years, which might explain why Robinson’s effort looks so similar to his.

Exactly when Crowder and Robinson will get back on the court is unknown, since the NBA has yet to make a decision on the status of the 2019-20 campaign.

Crowder will be an unrestricted free agent at the end of this season, whenever that does occur. That could make for an abrupt end to the veteran and Robinson’s time as teammates, but it’s clear that Crowder will continue keeping an eye on Robinson to see if his assessment pans out.