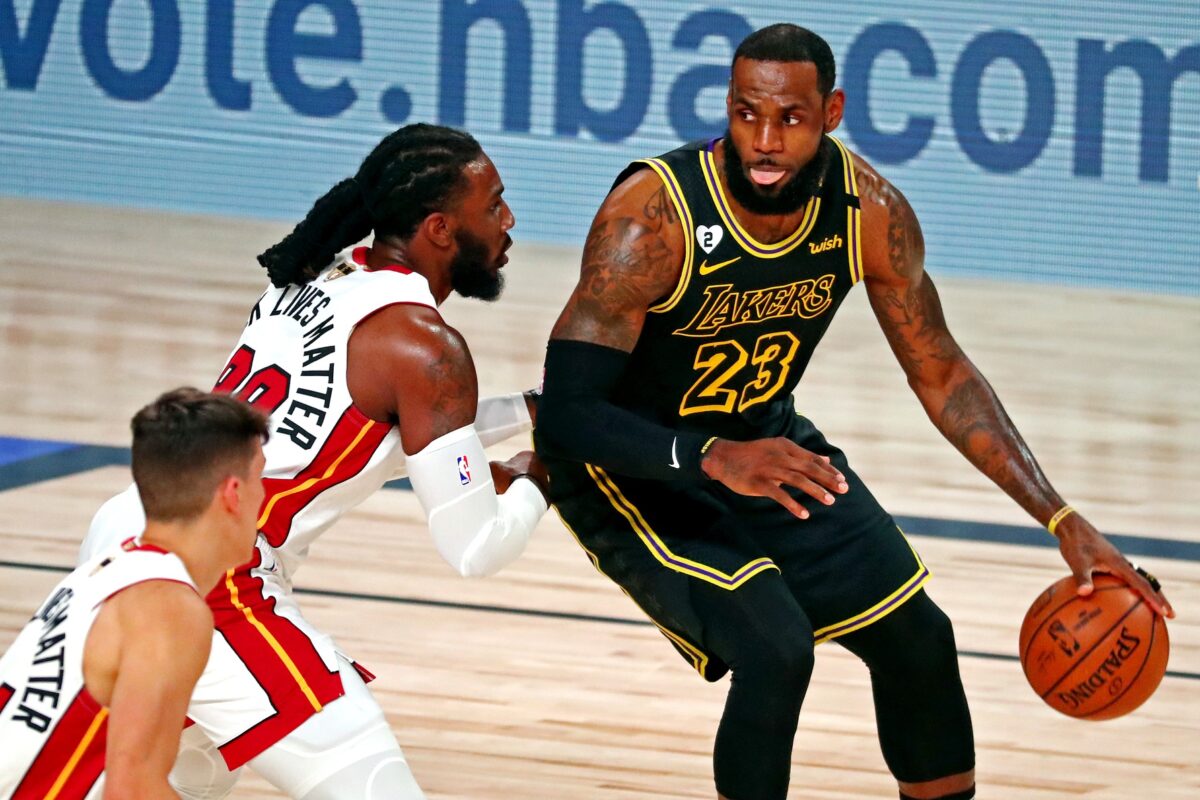 The midseason addition of Jae Crowder ended up being a major move for the Miami Heat.

Crowder started in all 21 of the Heat’s playoff games. He was on the court as the Heat tore through the Eastern Conference, and he was on the court when the Heat unfortunately fell to the Los Angeles Lakers in six games in the NBA Finals.

Perhaps all those vivid memories are why Crowder appears to still be having nightmares about the Finals.

Jae Crowder is still having nightmares about the NBA Finals pic.twitter.com/Kw4NjIC8AN

Crowder also hopped on Twitter to send an amazing message to Heat fans around the world.

SORRY IT TOOK SO LONG… IM STILL SICK 🤦🏾‍♂️😷 BUT THANK YOU HEATNATION SINCE DAY UNO ITS BEEN NOTHING BUT LOVE.!! SORRY WE FELL SHORT OF THE MAIN GOAL.! YOUR LOVE/SUPPORT WAS FELT INSIDE THE BUBBLE.!! WE THANK YOU ALL.! YOURS TRULY- 99

Crowder is set to become an unrestricted free agent this offseason. Considering how well he played, it’s very likely he receives offers for a multiyear deal.

However, it likely won’t be from the Heat. Miami is prioritizing having as much free cap space as possible for the loaded 2021 free agency class.

Hopefully, the Heat manage to find a way to keep Crowder in South Florida. That way, he and his teammates can try to rectify falling short of an NBA title together next season.