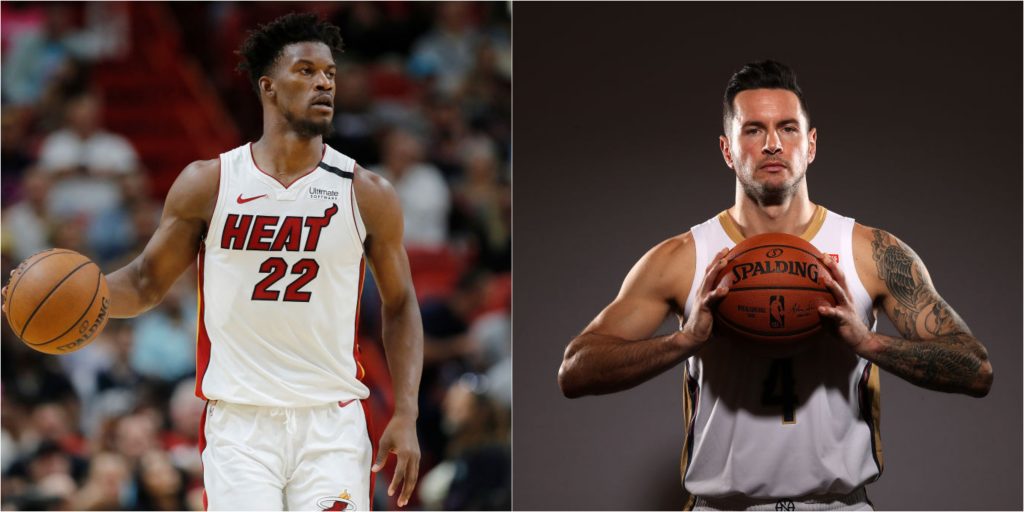 Miami Heat star Jimmy Butler apparently doesn’t think white players in the league have what it takes to guard him, according to New Orleans Pelicans guard J.J. Redick.

During a recent episode of “The JJ Redick Podcast,” Heat forward Duncan Robinson and Redick discussed the disrespect that white players get from their peers.

The conversation led to Redick recalling how disrespected Butler felt about Redick being matched up against him while he was a member of the Minnesota Timberwolves.

Butler and Redick would go on to play together with the Philadelphia 76ers, while Robinson and Butler became teammates this season.

In the game Redick was talking about, Butler finished with 38 points, some of which came while he was being defended by Redick, who is more known for his offensive skills.

The two players talked about the challenges they face as white players, especially on the defensive end, and Robinson noted that he sees the eyes of opponents “light up” when he is matched up defensively against them.

Despite Butler’s comments about white players being unable to guard him, Robinson brushed it off, saying playing against Butler in practice has made him a better player.