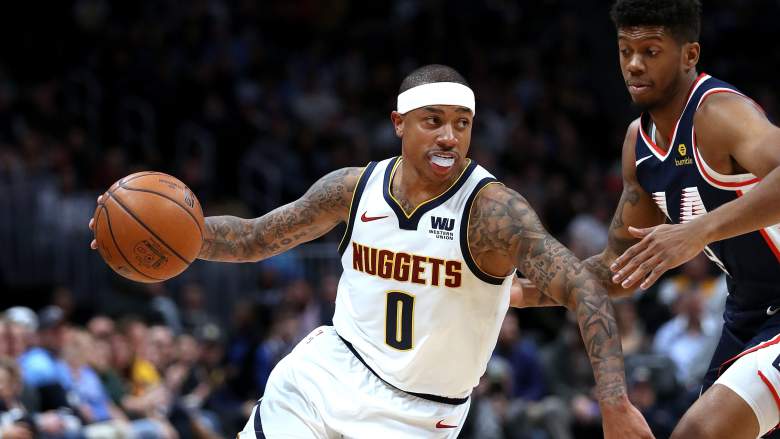 Embattled point guard Isaiah Thomas will likely be signing with his fourth team in two seasons this offseason, and based on his recent activity on Twitter, it looks like the Miami Heat are most definitely on his radar.

On the former All-Star’s likes page on the platform, it just not one, not two, but three recent posts that he has liked regarding the Heat’s possible interest in him. 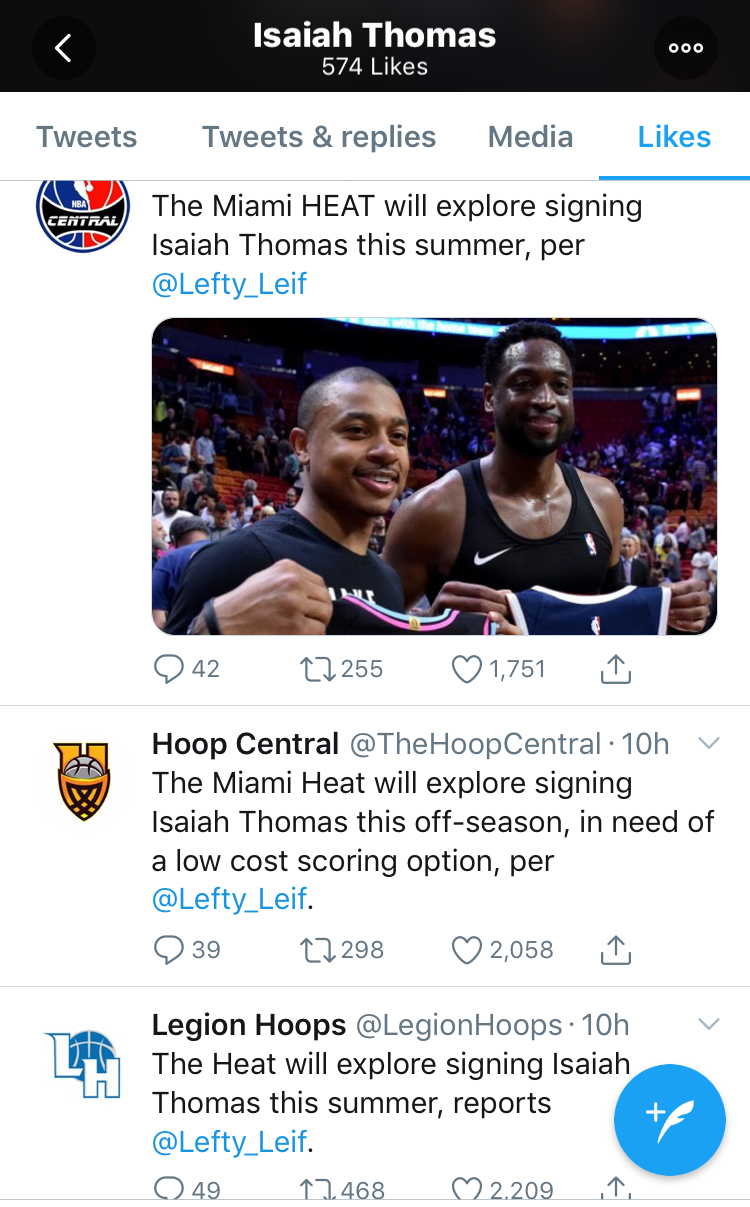 By this social media activity, it is clear that the interest is mutual.

Thomas has had an incredibly difficult last two seasons, marred with injury and uncertainty. That difficult time began when he was traded by the Boston Celtics as part of the deal that sent Kyrie Irving to Boston.

He was injured at the time of the trade, and at the end of the 2017-18 season, he finally opted to undergo hip surgery that he probably should have had the previous summer.

Given all the hardships he has faced over the last two seasons, it’s easy to forget just how dominant he was while starring in Boston.

In his final season with the Celtics, Thomas averaged 28.9 points, 5.9 assists, and 2.7 rebounds per game. It resulted him being named fifth in MVP voting.

Now, more than a year after he finally underwent surgery, Thomas is looking for a new home.

While it’s unclear how interested the Heat truly are, it seems the former All-Star would be thrilled to end up in South Florida.
[xyz-ihs snippet=”HN-300×250-TextnImage”]