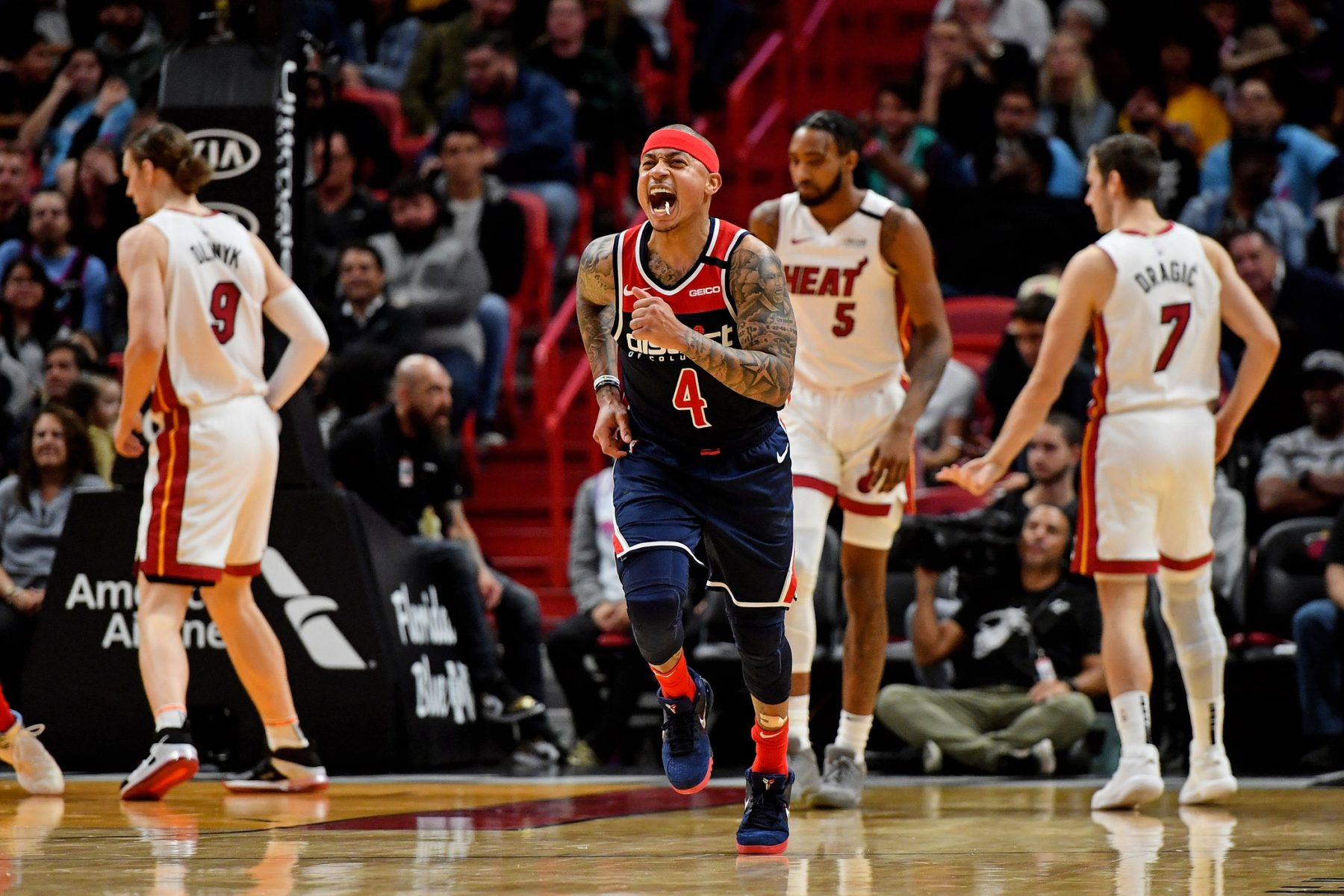 Recently, free agent point guard Isaiah Thomas liked a photo on social media that indicated that he will be signed by the Miami Heat this offseason. 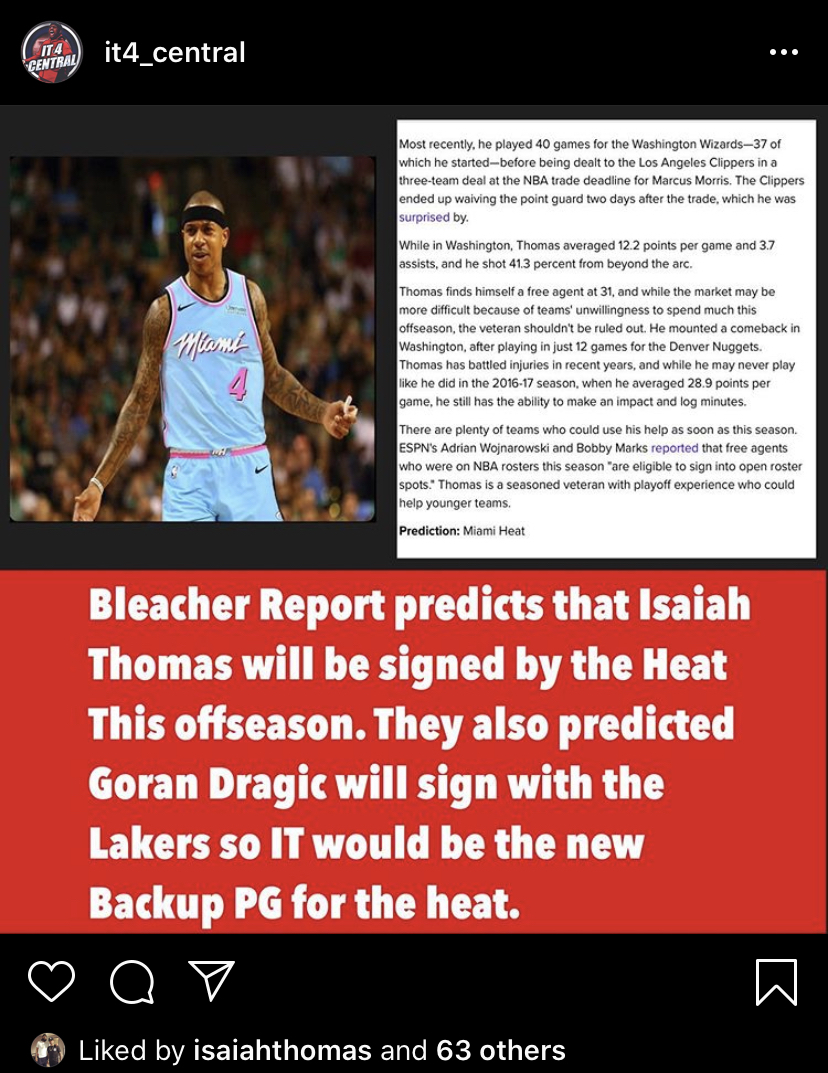 Thomas, 31, last suited up for the Washington Wizards earlier in the 2019-20 season.

He was sent to the Los Angeles Clippers in a midseason trade before ultimately getting waived.

The journeyman has bounced around the association throughout his career. As a matter of fact, he hasn’t been on a team for more than one season since his days with the Boston Celtics.

The feisty guard turned into an All-Star in Boston. During the 2016-17 season, Thomas averaged a career-high 28.9 points on top of 5.9 assists and 2.7 rebounds per game.

Now, the two-time All-Star can’t seem to find a job in the NBA.

If the sharpshooter landed with the Heat, he would provide a nice scoring boost. In addition, he would serve as a great league veteran for the team’s young guards to learn from.