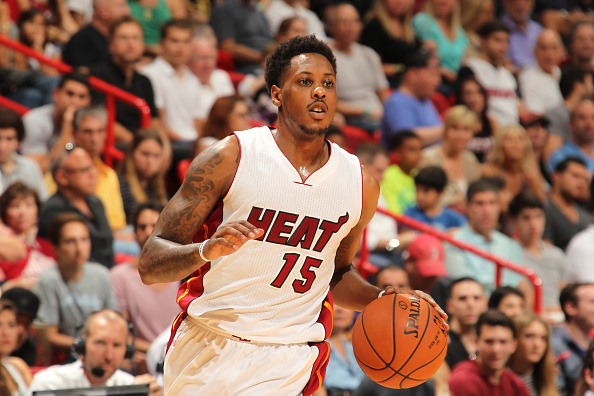 Mario Chalmers has been a popular topic over the past few days.

After it was reported that there have been trade talks between the Miami Heat and the Memphis Grizzlies in regards to Chalmers, Ira Winderman of The Sun Sentinel believes that there is substance to the trade rumors. Winderman stated the following while appearing on the Joe Rose Show on local radio station 560 WQAM:

“I think there’s a lot to it, Joe, when you look at the backup point guards there — it’s Beno Udrih and it’s Russ Smith. I always said I think Mario is a competent backup. I think a change of scenery would be good for him with some of the roller-coaster stuff he’s gone through so that makes sense but for the Heat they can’t take anyone back in return so there has to be a third team involved.”

Winderman is referring to the fact that the Grizzlies don’t have enough salary cap space or a large enough trade exception to simply acquire Chalmers without giving up salary in return. If both teams agree on a trade that sends Chalmers to Memphis, a third team would need to be involved for Miami to give up ‘Rio without having to acquire a player of similar salary.

It will be interesting to see if these trade talks progress over the next few weeks. Through the first four games of the season, the eighth-year point guard is averaging 5.5 points, 3.0 assists and 1.5 rebounds in 19 minutes per contest.
[xyz-ihs snippet=”Responsive-Ad”]