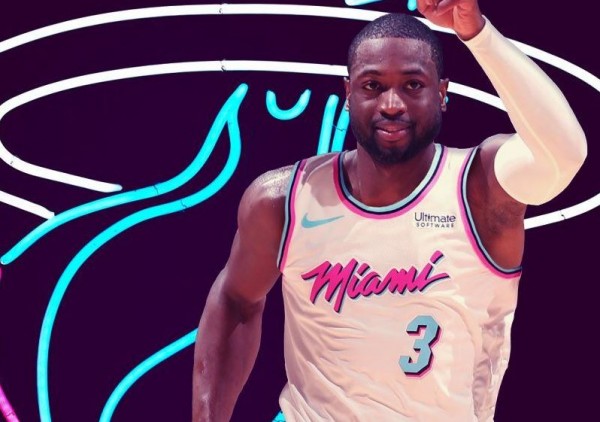 To justify just how excited Miami Heat fans are of hometown hero Dwyane Wade’s return is the insane increase in jersey sales that happened just after 5 p.m. last night.

According to a stat posted by ESPN’s Darren Rovell, the Heat sold Wade jerseys to fans in over 100 countries in 15 hours following the trade. In addition, Heat merchandise sales rose 8000 percent in just one day. It’s safe to say that Heat Nation is back in full effect.

Heat put @DwyaneWade jerseys on sale at 5pm yesterday. Received orders from more than 100 countries in 15 hours. Team merchandise sales are up 8000% from the previous two days. pic.twitter.com/nD3Gt0v2Ai

The Heat made two trades before the deadline yesterday as they acquired both Luke Babbitt from the Atlanta Hawks in exchange for Okaro White and Wade from the Cleveland Cavaliers in exchange for a second-round draft pick.

Wade is confirmed to be playing tonight against the Milwaukee Bucks at 5 p.m. ET.
[xyz-ihs snippet=”HN-300×250-TextnImage”]