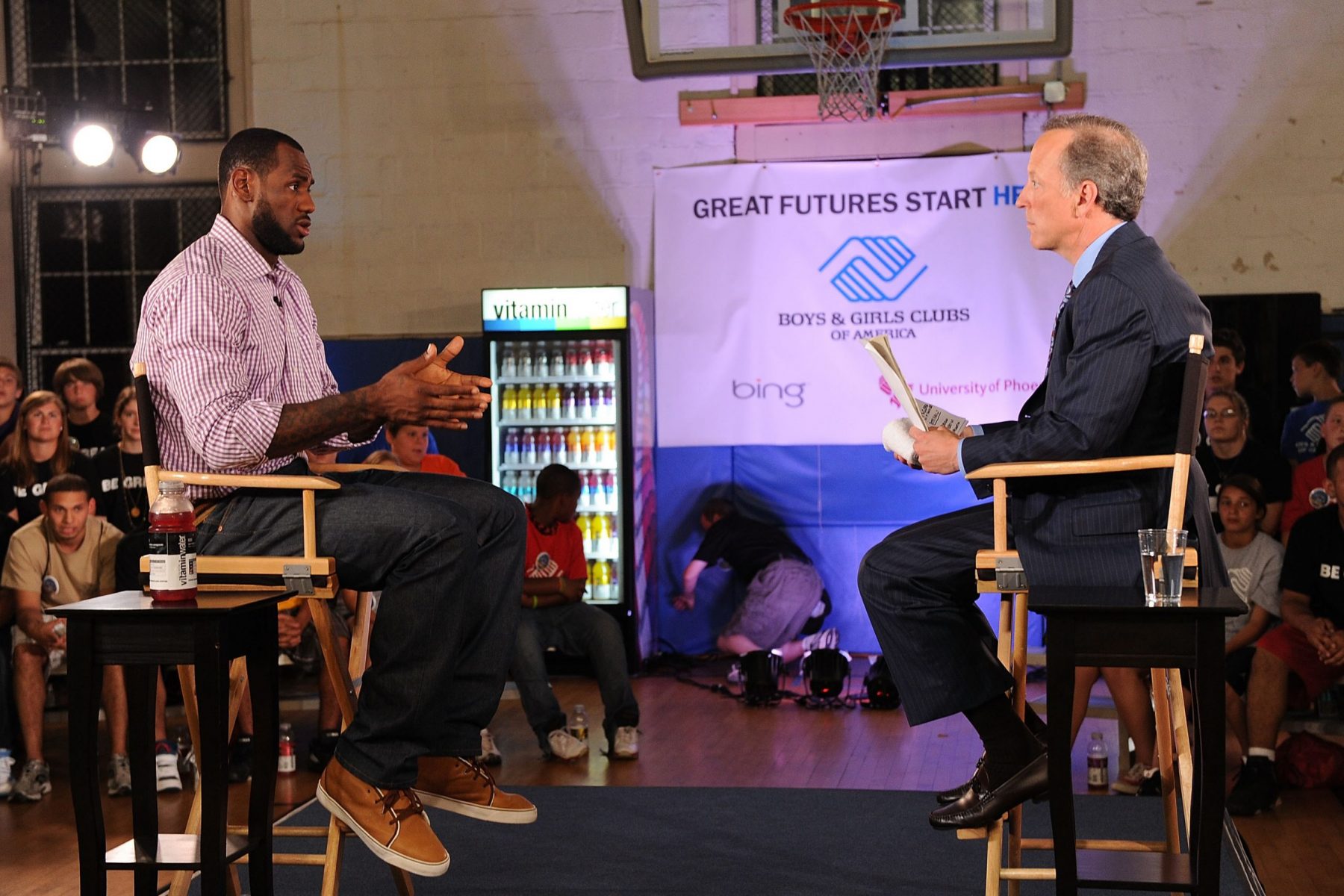 One of the most infamous moments in recent NBA history occurred when superstar LeBron James announced that he would be leaving the Cleveland Cavaliers to join the Miami Heat as a free agent.

Though the event took place nearly a decade ago, previously unknown details have come to light. In an upcoming episode of ESPN’s documentary series “Backstory,” James’ decision will once again be put under the spotlight.

Anthony Chiang of the Miami Herald got to enjoy an advanced screening of the program and divulged some of the incredible details that will be covered.

One fascinating tidbit covers how the ill-fated live broadcast came to be.

“The idea gained momentum during Game 2 of the 2010 NBA Finals in Los Angeles when Jim Gray, who went on to host ‘The Decision,’ told Carter that James should announce his decision live on network television. Carter sold James on the concept and entertainment and media agent Ari Emanuel pitched it to former ESPN president John Skipper, who was ESPN’s head of content at that time.”

Skipper himself will be featured in the episode.

“I think I decided pretty quickly I was OK donating the hour,” Skipper said. “I thought this would get enough attention and it would be worthwhile for viewers. I didn’t mind losing the ad time. Part of this would be a charitable contribution. … At the end of the day, the rationale was it’s what we had to do to get the show. And I felt that getting the show, having LeBron announce on our air, the rating we would get, the attention we would get would be good for our business.”

Perhaps the most incredible new detail that Chiang recounted dealt with the immediate reaction from James and his camp following the broadcast.

As Chiang told it, the blowback was so bad that teams like the Cleveland and New York Knicks wondered if James might change his mind regarding his future home.

“Right after announcing his decision to join the Heat, James and his group boarded a private plane to head to Miami,” Chiang wrote.

“With James facing immediate backlash from Cleveland Cavaliers fans and NBA fans across the country, then-ESPN NBA reporter Chris Broussard said to Van Natta: ‘Someone on the plane told me it was somber on that plane. They said there was no partying. There were tears. They knew it would be negative, but the level to which it went just shocked them. To the point where other guys who were working to try to get LeBron to the Knicks, the Cavs obviously were still holding out hope, they were wondering if there might be a change of heart.'”

Whether or not the reaction to “The Decision” actually forced James to reconsider will likely remain a mystery forever. However, it appears that there will be no shortage of fascinating information coming out of this upcoming broadcast.