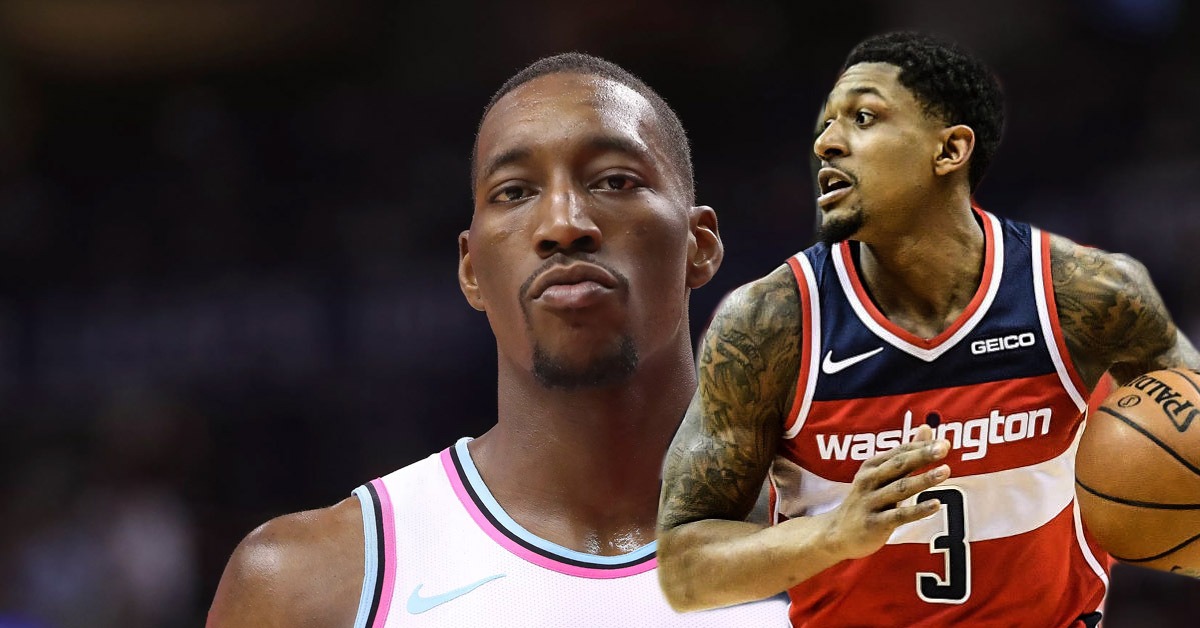 In a perfect world, the Miami Heat’s efforts to improve their roster over the next few years would result in an extension of Bam Adebayo’s contract and acquiring Washington Wizards guard Bradley Beal.

However, a new report indicates that the timing of Adebayo’s next contract could lead to plenty of debate in the Heat’s front office about the future makeup of the team.

Ira Winderman of the Sun Sentinel answered questions from fans and discussed the value of Adebayo’s current deal and how a possible extension could be affected by trade talks about Beal or the free agent market for the Wizards guard in 2021.

“Generally, the rookie scale produces value across the board . . . until you have to pay,” Winderman wrote. “With Bam Adebayo, it means the Heat not only have their starting center under contract at $3.5 million for the coming season, but now at that $5.1 million team option for 2020-21, as well. But there very much will be a price to pay down the road, whether the Heat decide on an extension next summer or to allow it to play out in 2021 free agency. It will be interesting to see where Bam’s price point goes, especially in light of the Heat moving on from Hassan Whiteside, with no other legitimate starting option in the middle. Josh Richardson and Justise Winslow both got their extensions before hitting free agency, but the timing with Bam could be interesting if the Heat, indeed, attempt to maximize 2021 free agency. Of course, concerns about cap space also could be moot if the Heat move in advance, perhaps for a player such as Bradley Beal, who would arrive with Bird Rights. Now the question is whether Bam is locked in as a cornerstone, or locked in as a tradeable asset. There are always two ways to look at such developments.”

Adebayo’s statistical numbers should rise this year, given that he’s expected to see much more time on the court. Better numbers will presumably increase his asking price on his next deal. As noted above, the Heat have generally tried to lock up quality younger players, which could make signing Beal difficult if the guard ends up on the 2021 free agent market.

Trading for Beal before then is certainly possible, but it would involve having to give up potentially valuable assets. Adebayo has been discussed in previous trade talks regarding different players, though with the departure of Whiteside, the Heat would be severely depleted in the middle if he was dealt.

In Adebayo’s two seasons with the Heat, he’s averaged 8.0 points, 6.5 rebounds and 1.9 assists. Those modest numbers don’t indicate his true potential, considering he’s only averaged 21.7 minutes of playing time, which means that the team is likely to have some serious discussions about his future in the coming year.