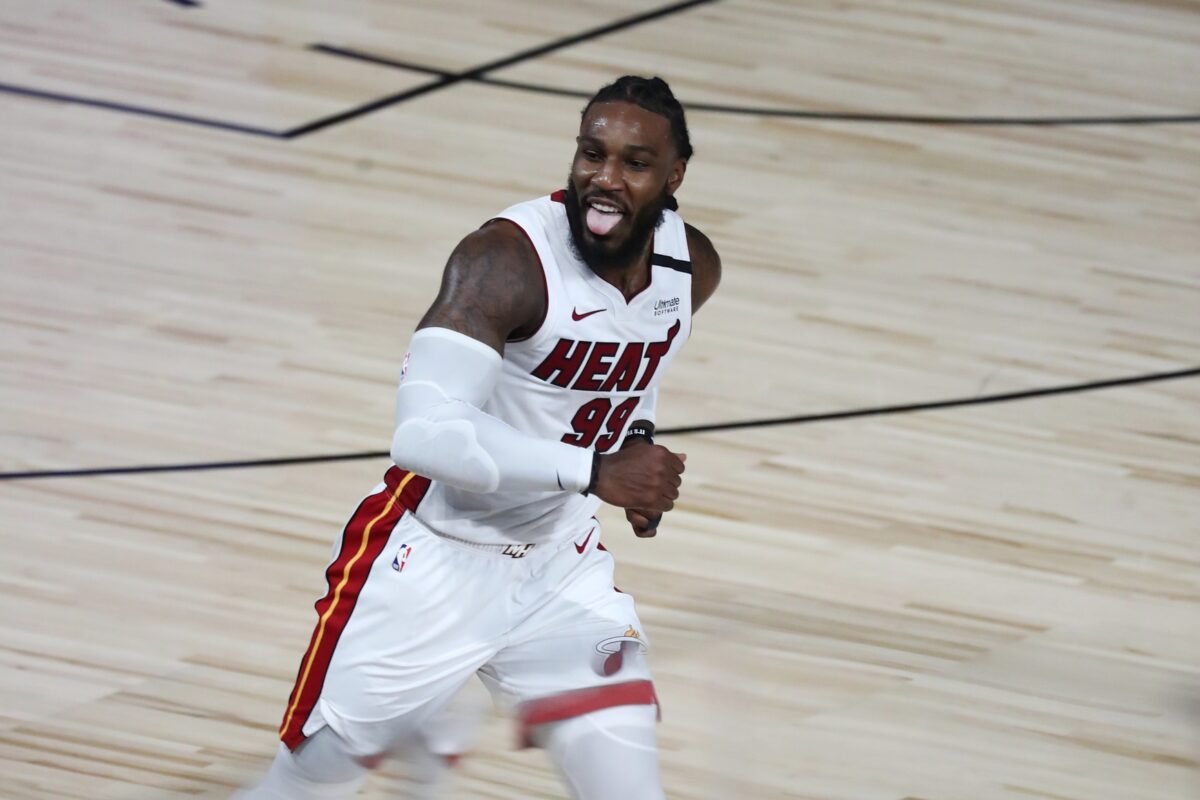 Jae Crowder, a key contributor to the Miami Heat’s unexpected run to the NBA Finals this past season, has agreed to sign with the Phoenix Suns.

The Heat offered Crowder a generous two-year deal, but he opted instead for the security of a three-year contract.

Background on Crowder situation, per source: Heat offered two-year deal with $14 M this season & team option for 2021-22. He instead took 3 years, $30 M from Suns. Heat told him they would love to have him but have a master plan for 2021-22 and sticking to it.They wished him well

Crowder, 30, arrived in South Florida this past season as part of a three-team midseason trade. The trade also brought the Heat Solomon Hill and Andre Iguodala.

Crowder’s 3-point shooting and defense helped the team do much better than anyone expected once the postseason started.

His departure opens up a role in the roster at forward, as he had started the majority of his games after the trade at that spot.

Crowder will bring his skills and the valuable experience he gained this past season to a young Suns team that now features Chris Paul. With Crowder, Paul, Devin Booker and Deandre Ayton, the Suns are hoping to return to the playoffs.