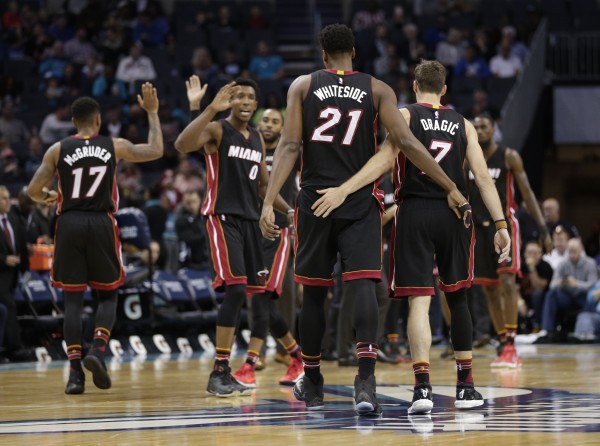 All is fair in love and basketball, though sometimes it doesn’t really feel that way. As the Miami Heat prepare for their final regular season test, some disturbing news has emerged from Brooklyn and Atlanta.

Both teams will be resting their best players:

Bazemore: Out
Hardaway Jr.: Out
Howard: Out
Millsap: Out
Schröder: Out
Sefolosha: Probable pic.twitter.com/KjiFQbLqHB

This news does not bode well for the Heat.

In order to make the playoffs, they need the Atlanta Hawks or the Brooklyn Nets to beat their final opponent — the Indiana Pacers and the Brooklyn Nets, respectively. With all their starters sitting, the chances of that happening seem slim, at best.

Atlanta has already clinched the fifth seed in the East, so whether it wins or loses, it will not affect its playoff position. Meanwhile, the Nets possess the worst record in the league and have absolutely nothing to lose or gain by winning Wednesday night.

Still, for a Heat team that’s desperate for some outside assistance — it’s a bit alarming that both teams are essentially calling it quits one game early this season. All the Heat can do at this point is win their matchup against the Washington Wizards on Wednesday and hope that either the Hawks’ or the Nets’ reserve players can topple the starters of two teams (Atlanta and Chicago) desperate to clinch a postseason berth.
[xyz-ihs snippet=”Responsive-ImagenText”]