Heat Plan to Save Amar’e Stoudemire for ‘Big Games’ 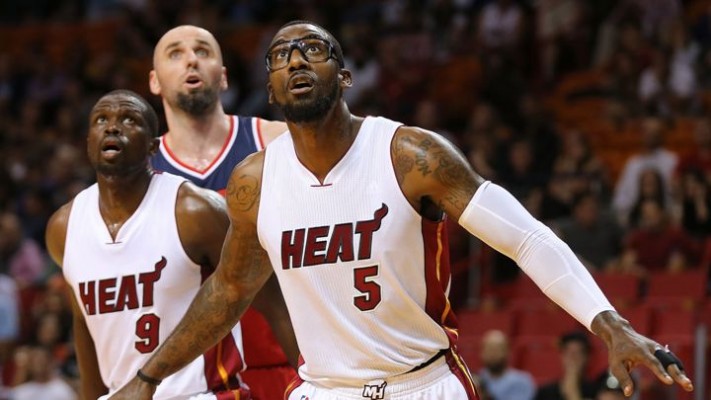 Amar’e Stoudemire was inactive for the season-opening victory over the Charlotte Hornets on Wednesday night.

Apparently it’s all a part of a bigger picture. The veteran big man claims he is on a “maintenance program” and that the Miami Heat are trying to keep him healthy for big games:

“There’s a plan already put in place that the training staff has somewhat organized and orchestrated. It’s up to them. If it was up to me, I’d be playing as much as I can, but they’re more concerned with making it to the playoffs and being there when there’s big games.”

The team has used Chris Andersen and Udonis Haslem as the primary backups at center in Stoudemire’s absence. The 32-year-old center stressed that he’ll be good to go for the marquee matchup versus the Cleveland Cavaliers on Friday night:

“I should be ready to go for the Cleveland game, which is a big game. Big games, I should be there. This is my 14th season and my body’s been through a lot. I’ve been blessed to play up to this point. I want to prolong that the best I can and stick around this league for some extended time.”

Head coach Erik Spoelstra backed up Stoudemire’s claim of a maintenance program, as he plans to use Andersen versus bigger centers and Haslem against small-ball lineups:

“That’s how we intend to use this roster. It could be different from quarter to quarter or game to game.”

It will be interesting to see how the Heat manage Stoudemire as they have three big games in the span of four days. After traveling to Cleveland on Friday night, Miami will host the Houston Rockets on Sunday night and the Atlanta Hawks on Tuesday night.
[xyz-ihs snippet=”Responsive-Ad”]