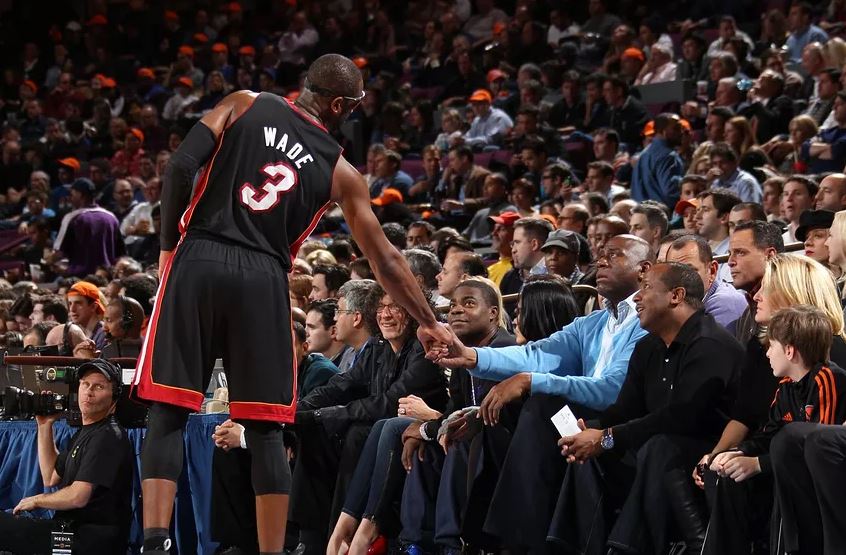 Miami Heat legend Dwyane Wade is not among those who think that Magic Johnson is lazy.

Johnson made headlines this week by appearing on ESPN to criticize the Los Angeles Lakers front office. He abruptly stepped down as the Lakers’ president of basketball operations at the end of the 2018-19 season.

The manner in which Johnson has criticized the organization, particularly general manager Rob Pelinka, has led some to label Johnson as lazy.

Wade is not one of those people. The 13-time All-Star took to Twitter on Wednesday to support Johnson and his work ethic.

If @MagicJohnson is lazy tell me where to sign up for that kind of lazy??‍♂️??‍♂️??‍♂️

Wade retired at the end of the 2018-19 campaign, his 16th season season in the NBA. The three-time champion remains close friends with many NBA players, including former teammate LeBron James.

James signed with the Lakers in the summer of 2018 and had spoken highly about the opportunity to play for Johnson’s organization.

While Johnson is drawing criticism for his exit from the Lakers, he seems unfazed. The three-time MVP certainly seems happy to be returning to interacting with the league as a fan rather than as an executive.
[xyz-ihs snippet=”HN-300×250-TextnImage”]