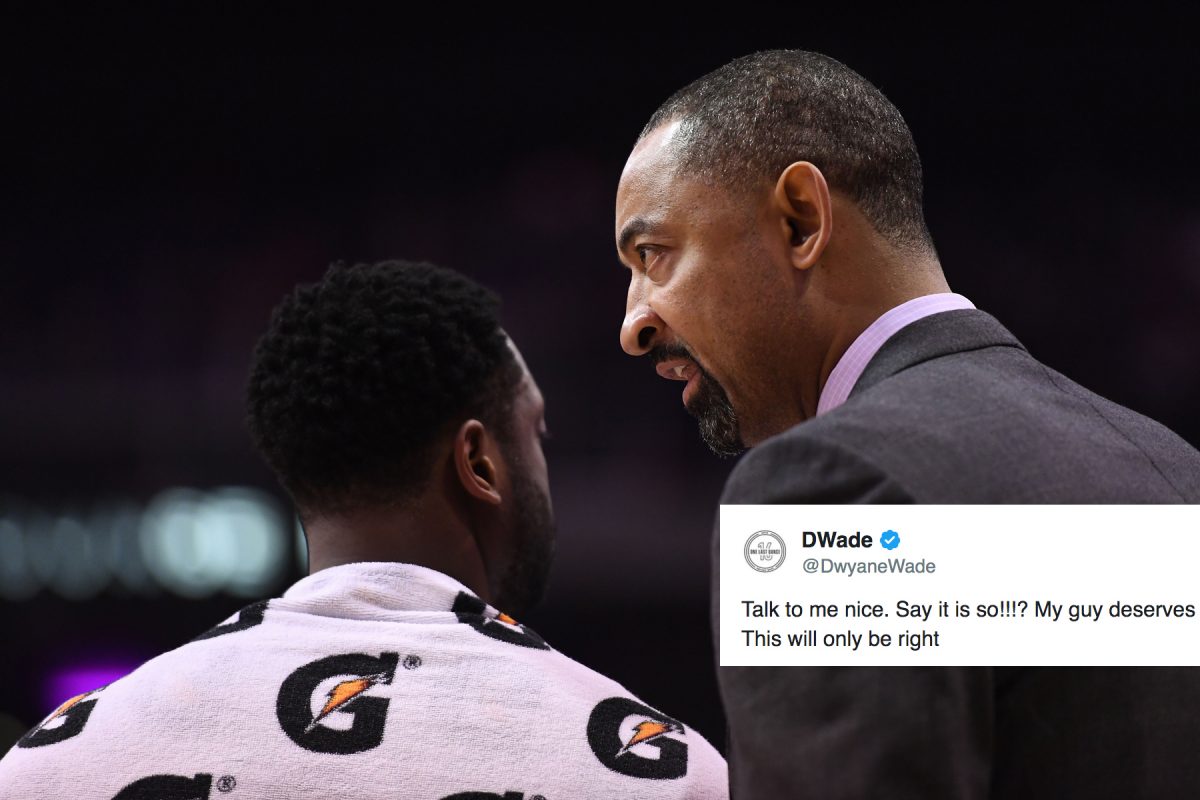 Count Miami Heat legend Dwyane Wade among those who support the University of Michigan’s decision to hire Juwan Howard as head coach of its men’s basketball team.

Wade, who retired at the end of the season, took to Twitter to congratulate Howard on the new job. The 13-time All-Star pointed out that Howard is very deserving of the position.

Talk to me nice. Say it is so!!!? My guy deserves this opportunity. This will only be right https://t.co/TWWH4UuiTZ

Wade has plenty of experience with Howard.

The two were teammates in Miami for three years before Howard retired. Howard then became an assistant coach with the Heat and got to coach the former NBA Finals MVP.

It goes without saying that the two are close. And Wade knows as well as anyone that Howard is deserving of the position.

Howard played his college basketball at Michigan. He’ll be returning home 25 years after finishing his playing days for the Wolverines.

Michigan had an opening after coach John Beilein left to join the Cleveland Cavaliers. The school jumped on the opportunity to sign Howard.

Howard has been in high demand as a coaching candidate. He had earned a few interviews with NBA teams following his six years as an assistant with the Heat.
[xyz-ihs snippet=”HN-300×250-TextnImage”]