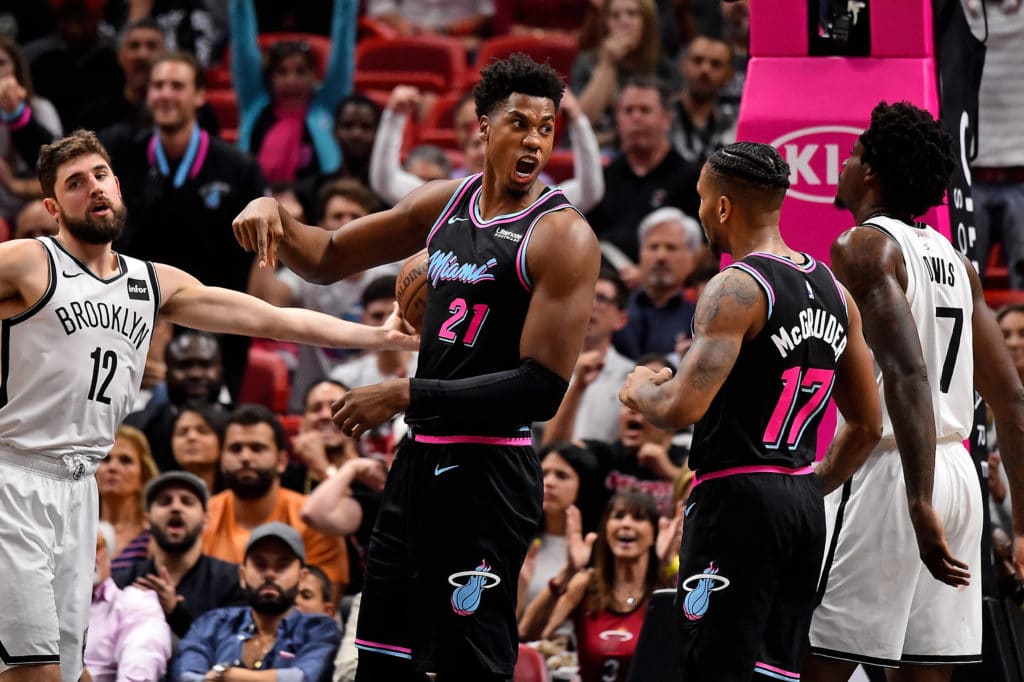 Since center Hassan Whiteside joined the Miami Heat in the latter part of 2014, his consistency and attitude have been open to question. However, the birth of his first child appears to have changed Whiteside in a positive way that’s gotten notice from teammates and the 29-year-old’s mentor.

Shandel Richardson of The Athletic looked at the transformation of Whiteside since the birth of his son, Jayden, on Dec. 9. The life-changing event coincided with the start of the Heat’s six-game Western road trip, which resulted in Whiteside missing the first four games in order to stay in Miami with his girlfriend Ashly Ariza.

One of those mentors, Gabe Blair, spoke about Whiteside’s approach to off-the-court matters:

“Everything that needs to be done, he wants to do it. You never hear him say, ‘Hey, you go do this.’ He was like, ‘I got this.’ That’s how much he wants to be involved.”

As a member of the Heat, Whiteside has often struggled to stay focused and has been kept out of the latter part of games due to a lack of consistency. That’s led to off-the-court controversy and his name being frequently mentioned as a candidate to be traded.

Teammate Wayne Ellington, who became a father in March 2017, spoke from experience about how the magnitude of such an event can’t help but make a difference:

“Your whole life changes, obviously, just like anybody else. In terms of us, it’s not any different than the non-athlete in terms of how it changes your life. Everything changes. Whenever I see him, I ask him how’s Jayden doing. He seems excited to answer the question. I know how that feels.”

Yet Whiteside also knows the importance of his presence in the lineup for the Heat. The team’s struggles were what sparked him to end his brief hiatus.

In the past, Whiteside may have taken a more selfish route, but those days appear to be history, according Blair:

“His demeanor has changed. He now understands that there are levels of priority. He realizes it’s bigger than just me now. It’s good to see that in him.”

Whiteside will be able to spend Christmas with Ashly and Jaden before getting back to the business of helping the Heat. That will come in the first of three consecutive home games, with Miami hosting Toronto on Wednesday night.
[xyz-ihs snippet=”HN-300×250-TextnImage”]