Hassan Whiteside to Bring Back Jump Shot at Free-Throw Line 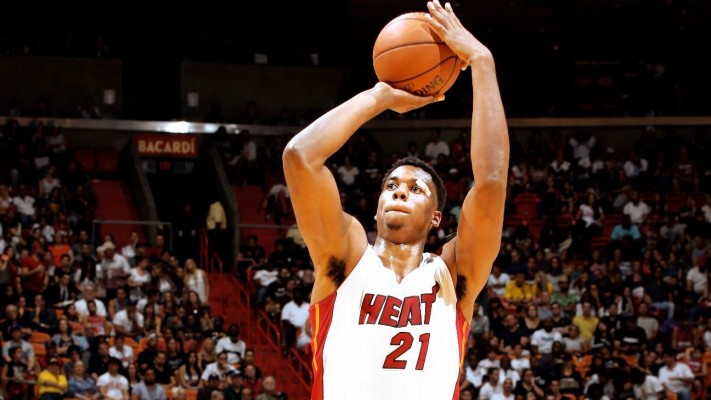 Just five days into the 2016-17 NBA season and Miami Heat center Hassan Whiteside has already figured out what’s been causing him to shoot free throws so poorly in the first two games of the season.

The culprit? The 7-foot center hasn’t been jumping on his free throws like he did last season.

After making only 174 of the first 333 free throws of his NBA career, Whiteside started shooting jump shots at the free-throw line in the middle of last season. The result was fantastic, as Whiteside made 75 percent of his free throws after the 2016 All-Star break.

However, in the Heat’s first two games this season, the big man has been using more of a flat-footed technique, and has been an underwhelming 4-of-11 (36.4 percent) from the line.

Fortunately for the Heat, the veteran has quickly assessed the problem and will be changing his approach come Sunday night, per Anthony Chiang of the Palm Beach Post:

“I’m going to go back to how I was shooting it last year,” Whiteside said after Saturday’s practice. “It ain’t going to be no problem. I really think the ones I missed was like in and out. It’s not like I’m up there shooting and hitting the side of the backboard or something.”

After adjusting his form midway through last season, Whiteside shot a career-high 65 percent from the line. Now, with a fresh start, the 27-year-old can take his percentage to even greater heights.