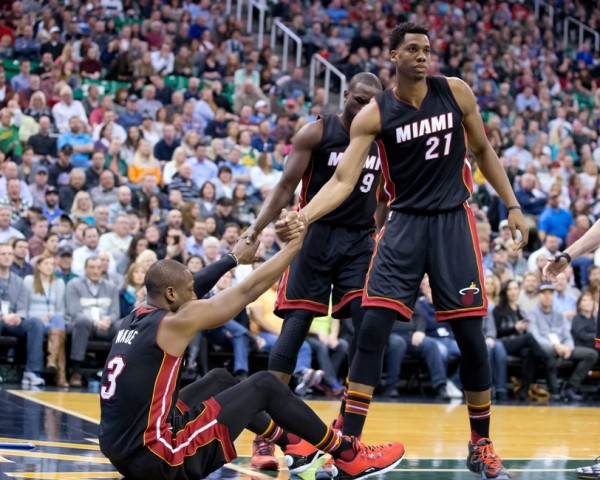 Even after shooting guard Dwyane Wade left the Miami Heat last summer to join the Chicago Bulls, the respect for the 12-time NBA All-Star still remains among his former teammates, especially in star center Hassan Whiteside.

Whiteside was asked on Saturday what he thought of a Wade reunion with the Heat following a looming contract buyout with the Bulls, and he welcomed the shooting guard’s potential return with open arms.

“It’d be great,” Whiteside said on Saturday at a fundraiser for his Whiteside Foundation. “It’s a three-time NBA champion coming back, coming in and really helping a team out. It would be great.”

Wade, the Heat’s all-time leading scorer, was teammates with Whiteside during the talented center’s first two seasons in Miami. Whiteside still thinks very highly of Wade and his basketball abilities.

Earlier this week, Whiteside took to Twitter to post a GIF of actor Robert Redford from the 1972 film “Jeremiah Johnson” in response to a tweet from Bleacher Report, which said that Wade is expected to reach a buyout with the Bulls in the next few months.

Although this 2017-18 Heat squad already has great depth on their roster under head coach Erik Spoelstra, the addition of Wade would be a welcome addition in the near future.
[xyz-ihs snippet=”Responsive-ImagenText”]