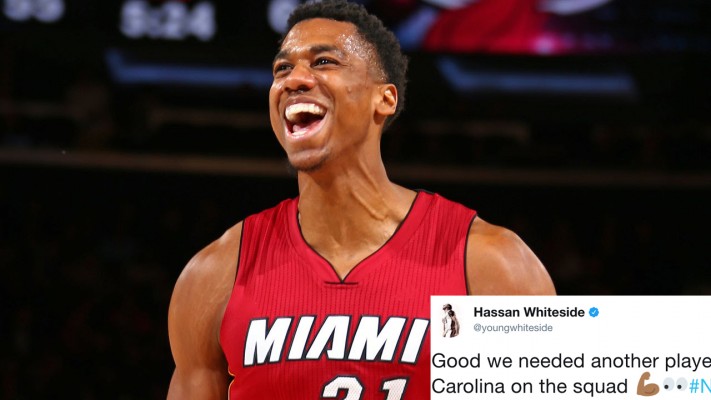 With the No. 14 overall pick in the 2017 NBA Draft, the Miami Heat selected University of Kentucky big man Bam Adebayo to add to their frontcourt.

Good we needed another player from North Carolina on the squad ???#NBADraft

The reason for Whiteside’s tweet stems from the fact that both players were raised in the state of North Carolina.

The duo of Whiteside and Adebayo will be a huge boost to the Heat’s already stout defense, as the 28-year old Whiteside will look to take the youngster under his wing during Miami’s push to return to prominence in the Eastern Conference.
[xyz-ihs snippet=”Responsive-ImagenText”]