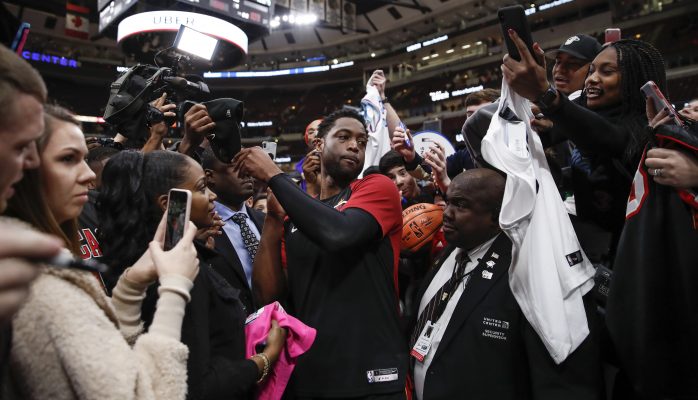 The number of different basketball stars that have emerged from the Chicago area has made it difficult for some to determine which player is the best of that talented group.

Wade and the Heat played in the future Hall of Famer’s hometown on Saturday night. Asked about his place among the elite group of players, Wade suggested that Thomas should receive the accolade:

Wade, on where he ranks in rich Chicago-born players history: "I have no idea. When people have asked me who I think the best player who was born and raised in Chicago, I always go with Isiah Thomas. "

In my opinion @DwyaneWade @MiamiHEAT @KCJHoop is the best player to come out of #Chicago I will be second to him any day! #Respect #Champion future #HOF

Thomas certainly deserved his Hall of Fame status, playing 13 seasons with the Pistons and leading them to consecutive NBA titles in 1989 and 1990. He retired with career averages of 19.2 points, 9.3 assists and 3.6 rebounds per game after having been the second overall pick of the 1981 NBA Draft.
.
However, Wade also offers strong qualifications to be in the conversation. Currently in the midst of his 16th and final season, Wade has been a key part of three NBA championship teams with the Heat during his legendary career.

Like Thomas, he’s been a 12-time All-Star and through Saturday night’s game, Wade has averaged 22.2 points, 5.5 assists and 4.7 rebounds per game over the span of his NBA tenure.

Thomas was inducted into the Naismith Memorial Baseball Hall of Fame in 2000, with Wade undoubtedly following in his footsteps when he becomes eligible for the honor. Any debate about comparing the merits of the two players may have to wait until then, but it’s clear that the two players themselves are part of a mutual admiration society.
[xyz-ihs snippet=”HN-300×250-TextnImage”]