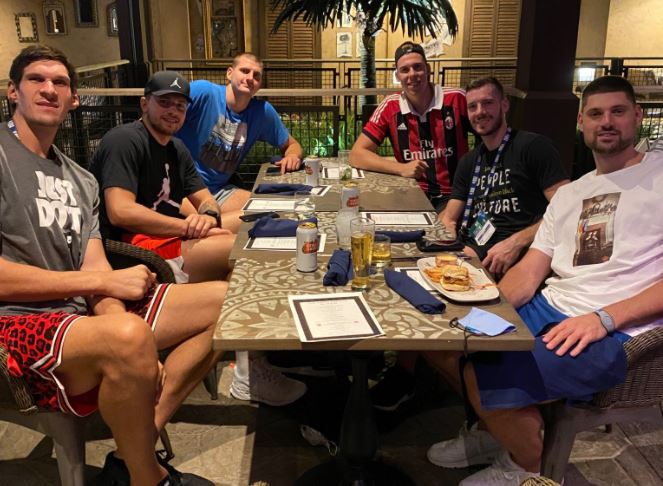 Miami Heat point guard Goran Dragic recently showed off some of the players he has been hanging out with inside the NBA bubble in Orlando, Fla.

Dragic, 34, has been in the bubble since early July. The crew that the Slovenian guard has been spotted with appears to be from Europe.

Doncic, who has been one of the best stories of the bubble, is also from Slovenia. Although Doncic’s crew is down 2-3 to the Los Angeles Clippers, he has been fantastic in his playoff series debut.

The superstar is collecting 29.6 points, 10.0 rebounds and 8.6 assists per game in the first round against the Clippers. Furthermore, Doncic conducted a phenomenal game-winner on the Clippers in Game 4 that blew the league away.

Jokic has also been playing terrific in the bubble, though his team is on the brink of elimination versus the Utah Jazz. He’s putting up 26.4 points, 7.8 rebounds and 5.0 assists per contest against the Jazz.

As for Dragic, he helped the Heat quickly advance to the second round. The veteran gathered 22.8 points, 5.0 assists and 4.0 rebounds in a 4-0 sweep over the Indiana Pacers.