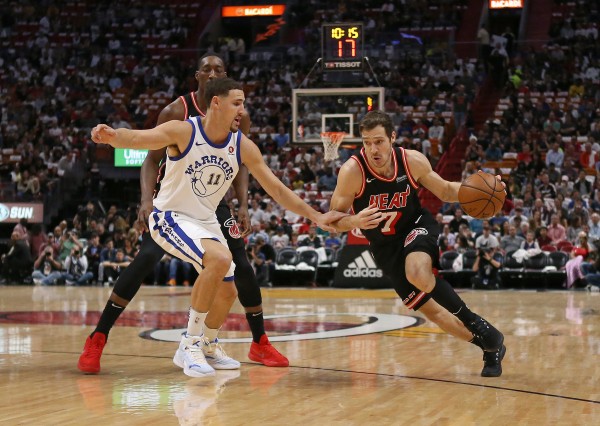 Making an NBA All-Star team can be a high moment in a player’s career, while missing out on being selected can bring with it a range of emotions, including anger. Miami Heat point guard Goran Dragic found out on Tuesday that he wasn’t selected to play in the Feb. 18 contest, but still managed to find a bright side in the snub.

The 31-year-old Dragic is in his 10th NBA season and is currently averaging 17.3 points, 4.9 assists and 4.2 rebounds per game. Despite having averaged at least 14 points and four assists per game in each of the last six seasons, the veteran is still in search of his first appearance as a league All-Star.

Dragic has missed the Heat’s last two games because of a bruised left knee and remains questionable for Thursday night’s matchup against the Sacramento Kings at American Airlines Arena.
[xyz-ihs snippet=”HN-300×250-TextnImage”]