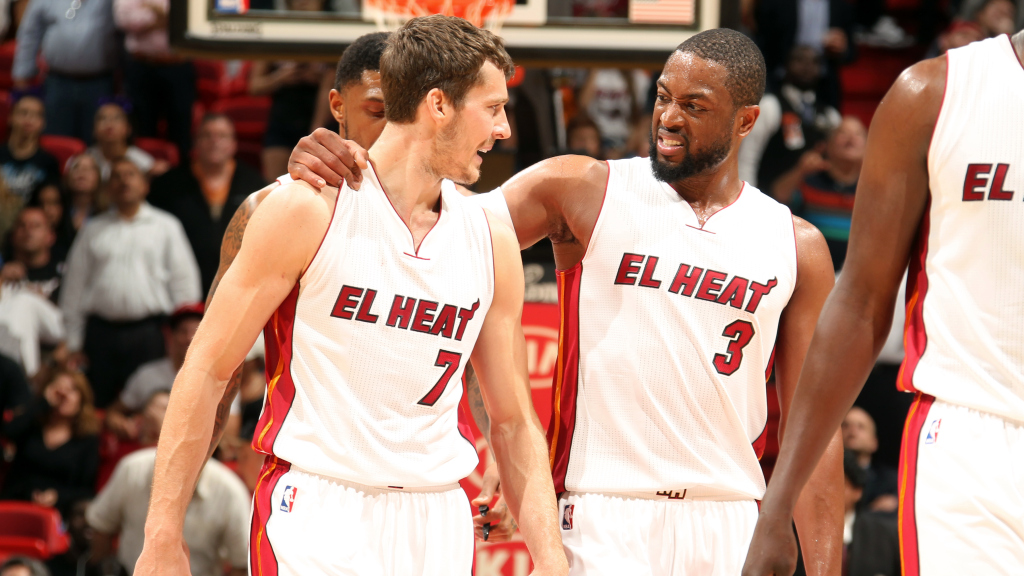 The Miami Heat advanced to the Eastern Conference Finals with a 103-94 victory over the Milwaukee Bucks on Tuesday.

It took the Heat just five games to dispose of the top-seeded Bucks and reach the Eastern Conference Finals. It the first time Miami has gone this far in the playoffs since the Heat’s Big 3 of Dwyane Wade, Chris Bosh and LeBron James did it in 2014.

After the win, Goran Dragic paid tribute to Wade and Bosh.

Goran Dragic on finally getting to the Eastern Conference Finals with the Heat: "It means a lot. If I look back, we never had a chance to play with CB. D-Wade, then he left. It was a lot of ups and downs, but I'm happy that we finally made it. We're still not done."

Up next, the Heat will play either the Boston Celtics or the Toronto Raptors in the Eastern Conference Finals.

Miami has been fantastic in the postseason, going 8-1 thus far.

Dragic finished Tuesday night’s game with 17 points on 7-of-15 shooting.