Goran Dragic Gushes Over Duncan Robinson: ‘He’s the Best Shooter in the League’ 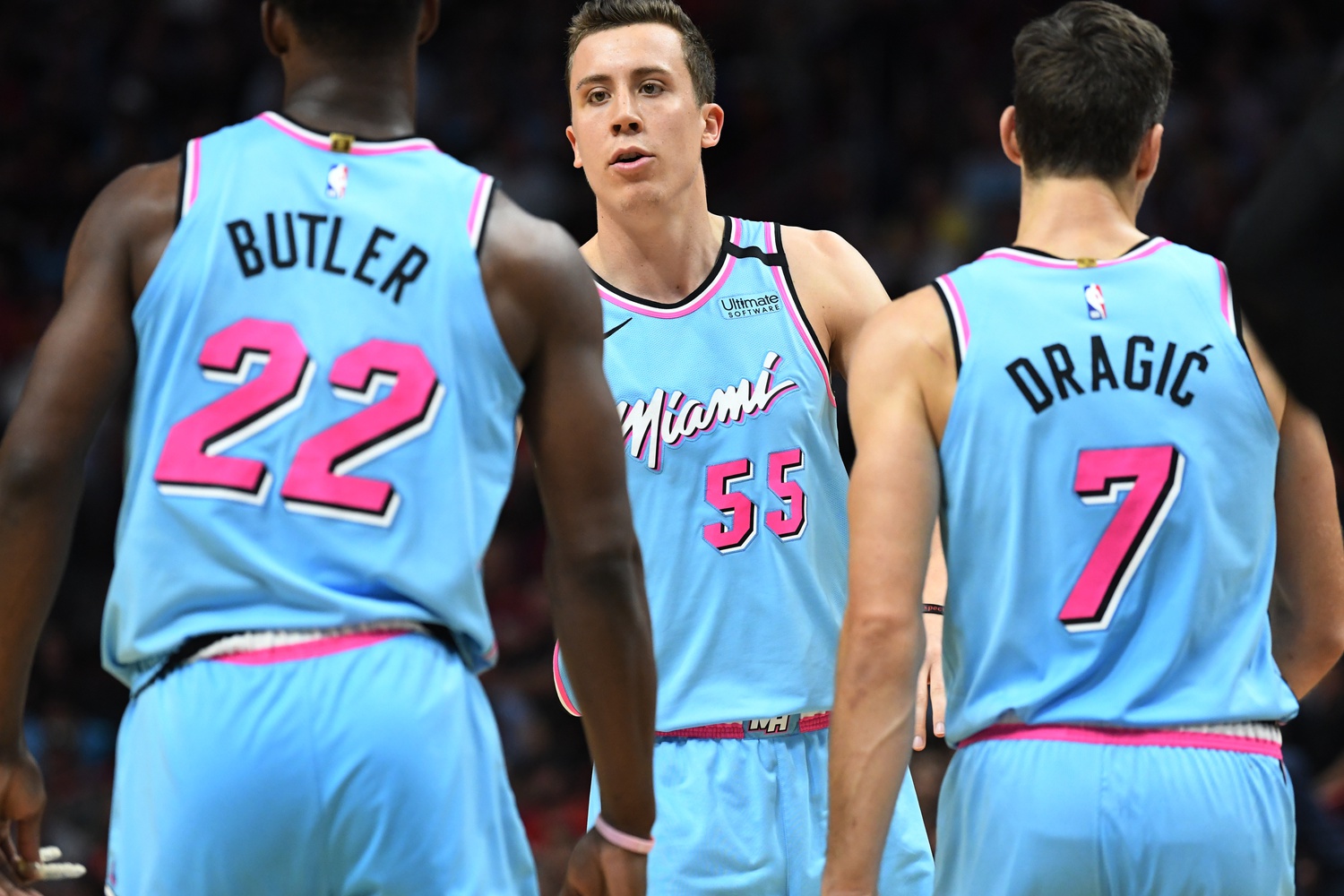 After Duncan Robinson made five 3-pointers in the Miami Heat’s scrimmage against the Sacramento Kings on Wednesday, Heat guard Goran Dragic had high praise for his teammate, calling the 26-year-old the “best shooter in the league.”

Dragic, tonight, on Duncan Robinson: "He's the best shooter in the league."

Robinson is mainly known for his elite shooting ability. So far this season, he has shot 44.8 percent from three, which ranks fourth in the NBA, and has made a total of 243 3-pointers, which ranks third in the NBA. Almost 90 percent of his field-goal attempts this season have come from three.

The University of Michigan product also participated in the NBA’s 3-Point Contest during this season’s All-Star Weekend. However, he was unable to win the event.

Robinson has already set a Heat franchise record for most 3-pointers in a single season, having surpassed Wayne Ellington’s previous record of 227.

It will be interesting to see just how many 3-pointers Robinson ends up with this season.

The Heat’s next scrimmage is against the Utah Jazz on July 25.

Miami plays its first official game of the NBA restart against the Denver Nuggets on Aug. 1.