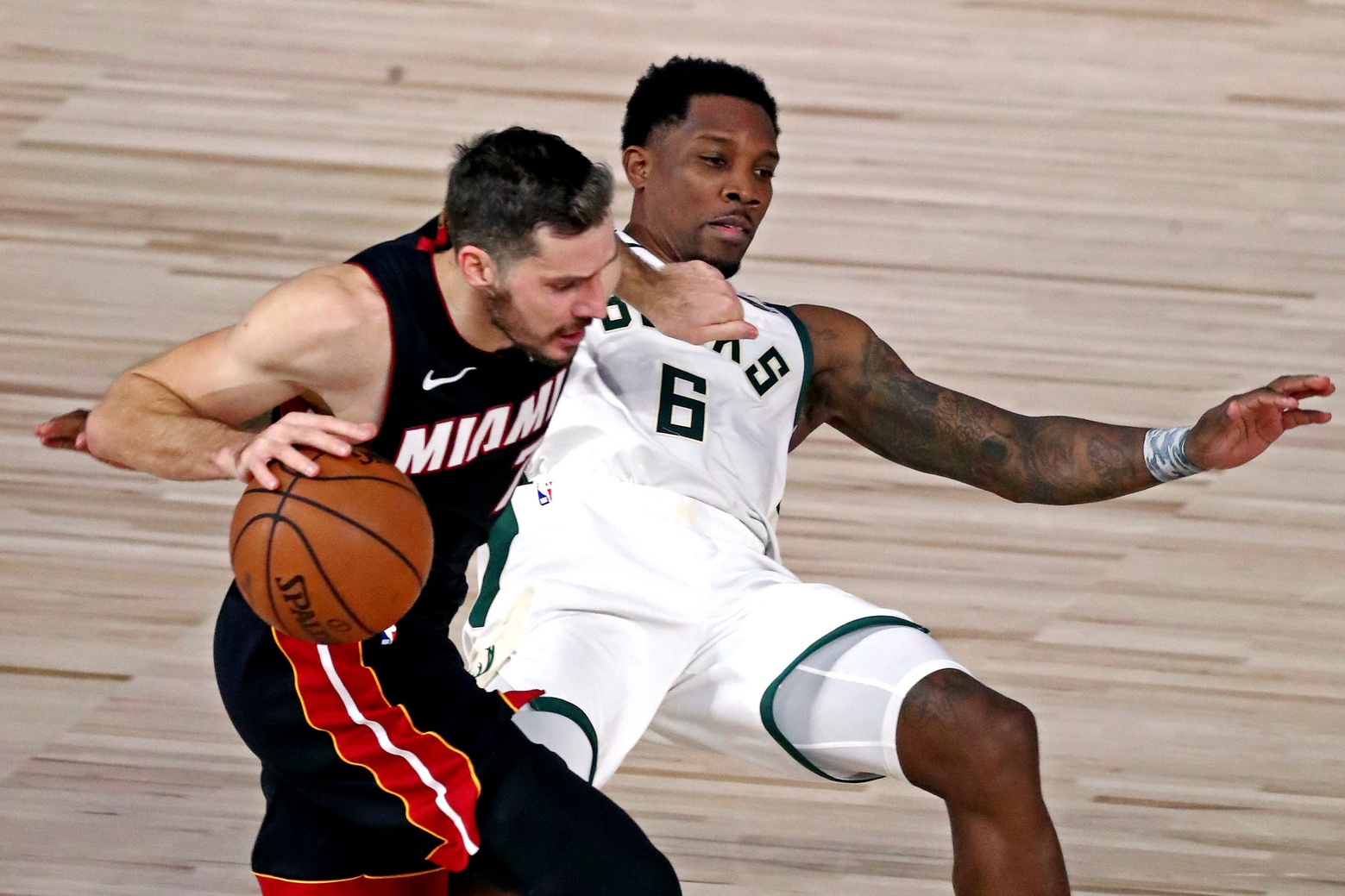 The unique nature of playing within the NBA bubble is something that has forced players to adapt.

Miami Heat guard Goran Dragic recently offered some perspective on the issue. Dragic, a native of Slovenia, spoke about making phone calls to his children at odd hours of the day.

“It’s a six-hour difference,” Dragic said of the time difference between Orlando, Fla. and Slovenia. “So usually I don’t go to sleep until 1 a.m., so I can talk to the kids before they go to school. And then, when I wake up, it’s already six hours ahead, so over there it’s already 4 or 5 p.m.”

Even before Dragic and the Heat entered the bubble on July 8, the decision was made to send his family back overseas.

“When I went to the bubble,” Dragic said, “my family, they went home to Europe, because we felt it was the smart thing to do. There’s less cases there. And my wife, she has help with our grandparents.”

With his family situation settled, Dragic has been able to focus his energy on helping the Heat try to capture their first NBA title in seven years.

“I’m totally focused,” Dragic said. “I know that my family is safe when I talk to them. This is a business trip, like Jimmy [Butler] said. It’s exactly the same for me.”

Yet, the atmosphere of the bubble took some getting used to for Dragic.

“I have to say, everything feels different, including basketball,” he said. “First of all, you’re not playing in front of the fans. You’re in the bubble. You see the same teams every day. Everything is different.”

While Dragic believes that the absence of fans hasn’t lessened the intensity of playoff basketball against the Milwaukee Bucks, it has changed the overall feel of the contests.

“We know there are no fans, but we know it’s playoff time,” he said. “The games have been so physical. I only imagine how it would feel if you were playing in Milwaukee. That would be a totally different experience, probably be tougher. And same thing for them, if they would play in Miami.”

Despite no fans in attendance, Dragic remains zeroed in on the goal of capturing a title.

Dragic and his Heat teammates will look to close out their second-round playoff series against the Bucks on Tuesday and advance to the Eastern Conference finals for the first time since 2014.