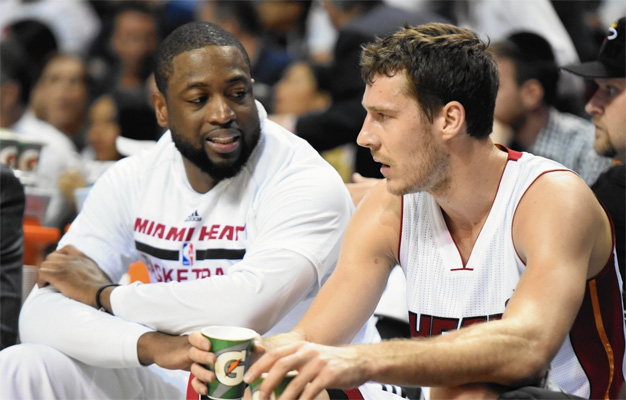 Miami Heat veteran guard Goran Dragic paid tribute to former teammate Dwyane Wade, citing the future Hall of Famer as “the best closer in the history of this sport.”

In a recent interview, Dragic spoke about how his knack for delivering in the clutch was sharpened during his time playing with Wade.

“I did that quite a bit for my national team, so it was nothing new for me,” Dragic said. “Of course, if you have D. Wade on your team, he’s the best closer in the history of this sport, so the ball needs to go in his hands, but I was always ready. I was always ready. I remember every time he would play pick-and-roll, he said, ‘G, just be ready. Maybe you’re going to be open. I need to hit you.’ I remember the playoff game in Toronto, he hit me. I got a corner three.”

Dragic’s salute to Wade was another instance of the 34-year-old Slovenian’s humility. He’s currently thriving for the Heat at the most important time of the year.

In the 2020 postseason, Dragic leads the Heat in fourth-quarter points. During the Heat’s Game 1 win over the Milwaukee Bucks, Dragic scored 19 points during the first two quarters, then added eight more in the third period.

“Goran’s won at a very high level before. He’s a proven winner. He’s a leader of this team, and we need him to play like that,” Butler said. “He understands that, but I think I follow his lead, Bam follows his lead. We have a team full of leaders, so any given night, it could be anybody. But one thing that he always does, he plays hard every single possession, he never gives up on plays, and we follow suit in that.”

The underdog Heat will look to take a 2-0 advantage in their Eastern Conference semifinals against the Bucks, then take the court again on Wednesday.