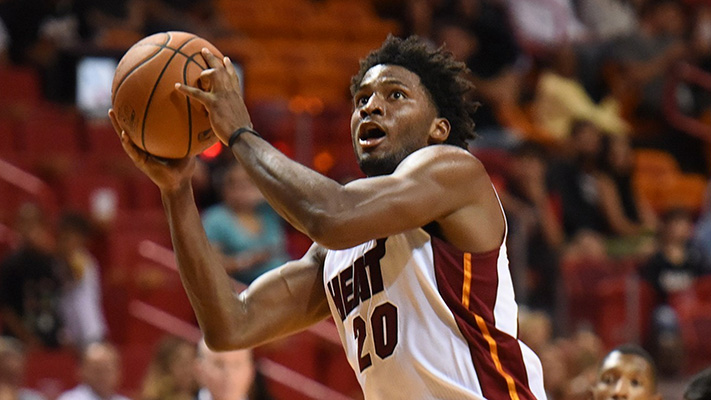 It is no surprise that Justise Winslow was considered a steal for the Miami Heat at the No. 10 overall selection.

However, general managers from around the NBA not only agree that Winslow was a steal—they feel he was the biggest steal of the 2015 NBA Draft. In the NBA’s 2015-16 GM survey released on Tuesday, the 19-year-old garnered the largest percentage of votes at 31 percent for the category of, “Which rookie was the biggest steal at where he was selected in the draft?”

Bobby Portis, who went No. 22 to the Washington Wizards finished as the runner-up at 24 percent, while the Denver Nuggets’ Emmanuel Mudiay received 20.7 percent of the votes after being drafted with seventh pick in the draft.

While Winslow received the most votes for the “biggest steal” category, he failed to receive any votes for the prediction of the NBA Rookie of the Year Award.

The rookie small forward projects to come off the bench as a backup to Luol Deng entering the season. There is also the possibility that Winslow could see minutes at shooting guard and even at point guard throughout the season.

However, Spoelstra did say that the small forward’s contributions aren’t always seen on the stat sheet, which may hurt his case for awards and honors down the road:

“He’s not a guy you can probably evaluate through, necessarily, analytics. He’s a basketball player. He makes winning plays. He does a lot of the little things. And he has a great pace to him.”

Though the praise from general managers and coaches have been high for Winslow, Heat Nation will have the opportunity to witness if he can live up to the hype during his rookie season.
[xyz-ihs snippet=”Responsive-Ad”]