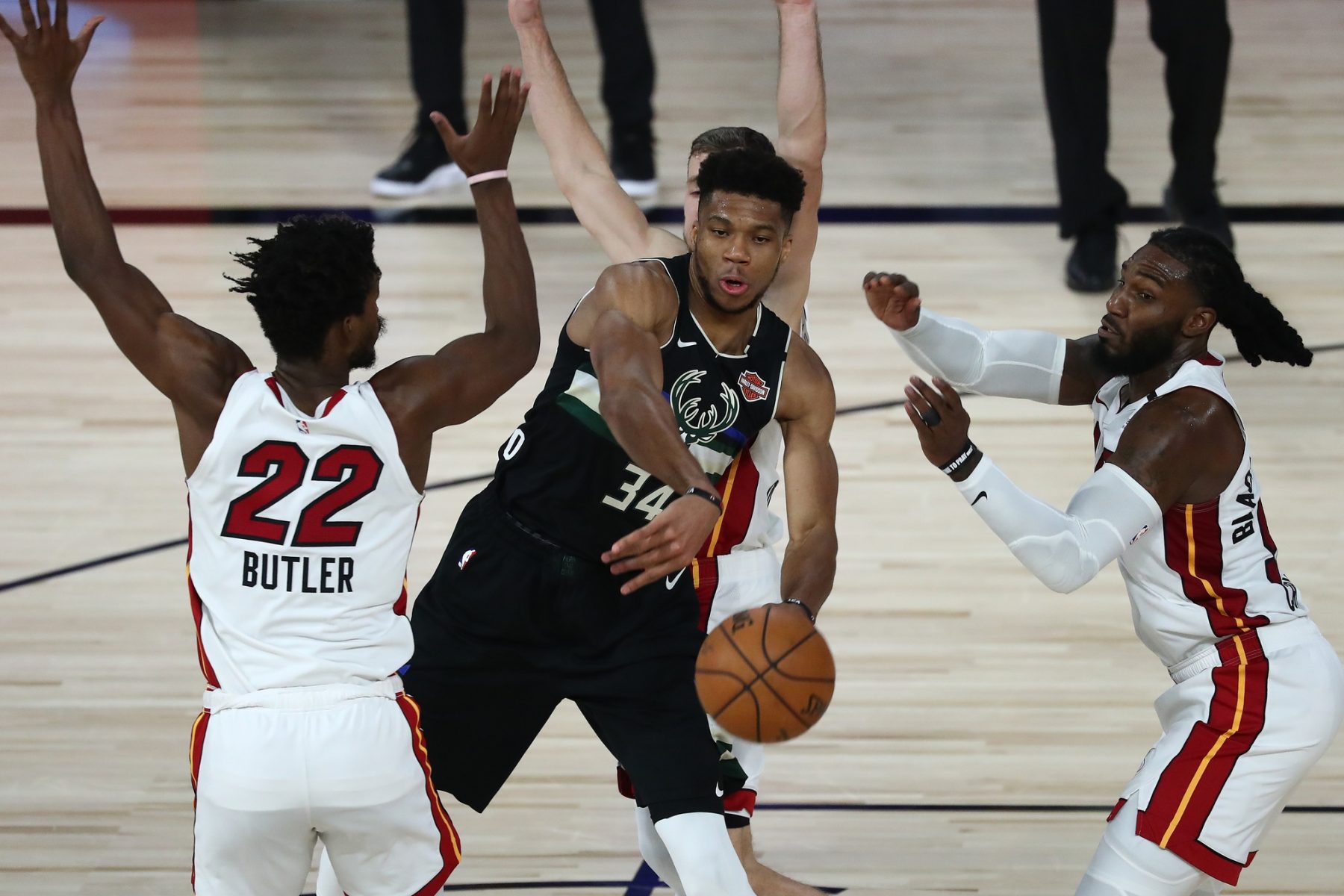 After finishing with the NBA’s best record in the regular season, the Milwaukee Bucks fell to the Miami Heat in shocking fashion in the Eastern Conference semifinals four games to one.

Bucks superstar Giannis Antetokounmpo feels that the lack of a home-court advantage was a major factor in the Bucks getting eliminated from the postseason.

Giannis Antetokounmpo has said multiple times that he thinks the lack of a home court atmosphere really impacted the Bucks. Says every team had to deal with that but said it might have impacted Milwaukee more.

Heading into the 2020 NBA Playoffs, the Bucks were one of the favorites to win the league championship, along with the Los Angeles Clippers and Los Angeles Lakers.

Milwaukee dropped its playoff opener to the inferior Orlando Magic, then won the next four games to advance to the second round.

What transpired against the Heat has been a huge shock to the system for the Bucks, and it could seriously impact their future.

Instead of blaming his team’s loss on the lack of home court-advantage, perhaps Antetokounmpo should look in the mirror and blame himself for not being assertive enough early in the series.

He could also blame his team’s inability to contain Jimmy Butler in crunch time.