Dwyane Wade Responds to Gary Payton, Who Praises Wade for Performance in 2006 Finals 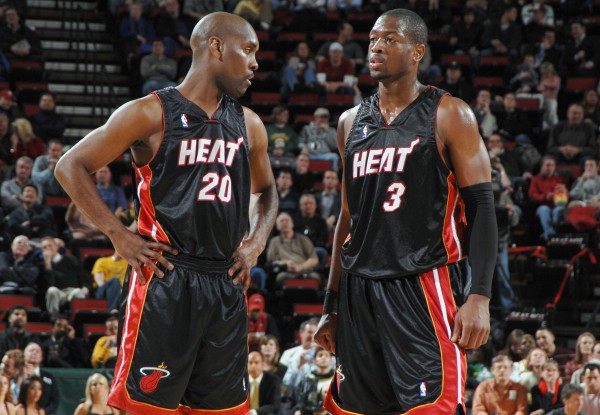 On Monday, former Miami Heat guard and NBA Hall of Famer Gary Payton made an appearance on “The Herd with Colin Cowherd” where he had high praise for Dwyane Wade.

“They called him Flash (Wade), that’s what Shaq (Shaquille O’Neal) named him,” said Payton. “But we had to understand he was our guy and when I told them that after we went through that mid-crisis season when we were 10 games under .500, Pat [Riley] made the change and became the coach. I called a meeting in Dallas and I told them this young kid is going to do it for us. … Shaq is going to get us out of some stuff, but this young kid is going to get us something.”

The change Payton alluded to was the one where Stan Van Gundy resigned from his position as head coach of the Heat when the team was 11-10 during the 2005-06 season. Riley took over and the Heat wound up with a 52-30 record, good enough for second in the Eastern Conference. During the 2005-06 season, Payton averaged 7.7 points, 2.9 rebounds and 3.2 assists per game, serving as the main backup to Jason Williams.

In the playoffs, the Heat beat the Chicago Bulls (4-2), New Jersey Nets (4-1) and Detroit Pistons (4-2) before coming back from an 0-2 deficit in the NBA Finals to defeat the Dallas Mavericks in six games. In the series against the Mavericks, Wade averaged 34.7 points, 7.8 rebounds, 3.8 assists, and 2.7 steals per game as he won the Finals MVP. Payton also mentioned how this performance won the Heat the championship.

“We rolled it out on him and he had a great Finals, averaging 35 points, getting the MVP and all that stuff, winning us a championship,” said Payton.

As for Payton, he averaged 2.7 points, 2.0 rebounds and 2.0 assists per game against the Mavericks. Although he didn’t record a lot of stats against Dallas, he made one of the biggest plays of the series, making the game-winning shot in Game 3 with 9.3 seconds remaining. This gave the Heat their first victory in the series as they eventually went on to win the next three, clinching the championship after winning Game 6 in Dallas.

Wade went on to respond to Payton’s praise on Twitter.

The two would play one more season together in 2006-07 before Payton decided to retire, finishing a storied career with one championship, nine All-NBA team appearances, nine spots on the All-Defensive team and one Defensive Player of the Year award.
[xyz-ihs snippet=”HN-300×250-TextnImage”]