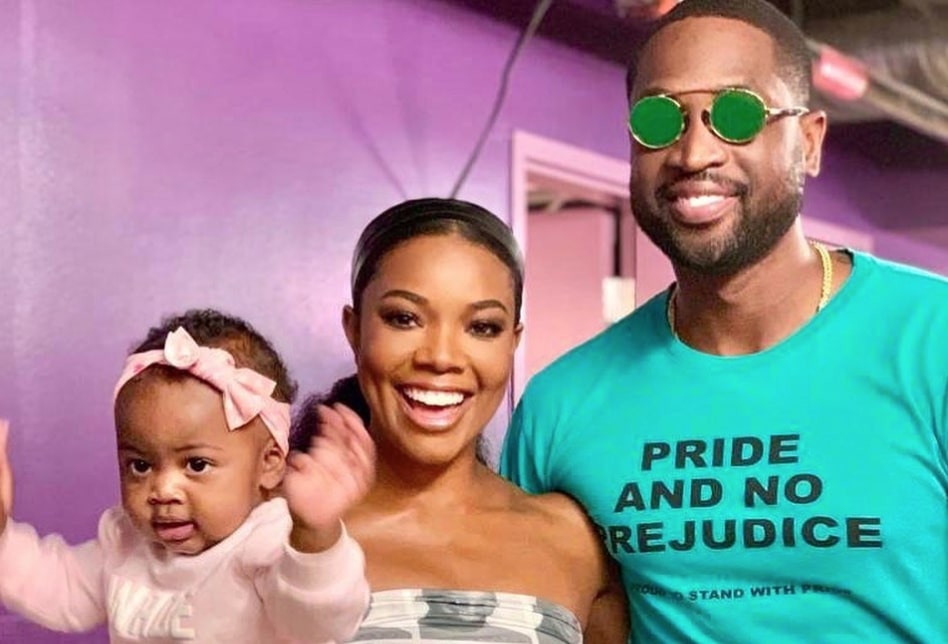 The love between Miami Heat legend Dwyane Wade and Gabrielle Union is strong.

During Tuesday’s episode of “America’s Got Talent,” the actress wore a very special dress during the show’s live quarterfinals. Union donned a black and white dress covered in throwback pictures of Wade.

Wade, 37, retired from the NBA after a phenomenal 16-year career back in April.

While it was the Heat icon’s last year in the league, he had terrific and productive season on the court. On top of providing solid production off the bench, Wade left a strong mark with amazing highlights, mentorship, and love from both fans and fellow players while playing on the road.

Now, with the former NBA Finals MVP retired, Wade will get plenty of time to hang with his family. The couple introduced the birth of their daughter, Kaavia James Union Wade, last fall. The recent addition to their family is a large part of the reason the elder Wade decided to call it quits.

The future Hall of Famer concluded his prolific career with averages of 22.0 points, 5.4 assists, and 4.7 rebounds per game.