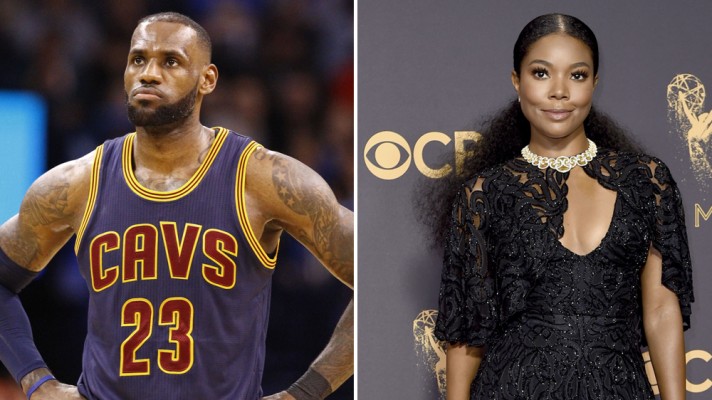 The NBA free-agency period doesn’t begin for another three months, but current Cleveland Cavaliers forward LeBron James is expected to enter the annual free-for-all. James’ likely presence would immediately vault him to the top of any team’s wish list, with his former team, the Miami Heat, being among them.

While the team itself is forbidden by NBA rules from actively recruiting him until July, that hasn’t stopped Dwyane Wade‘s wife, actress Gabrielle Union, from doing her part in that effort via social media: 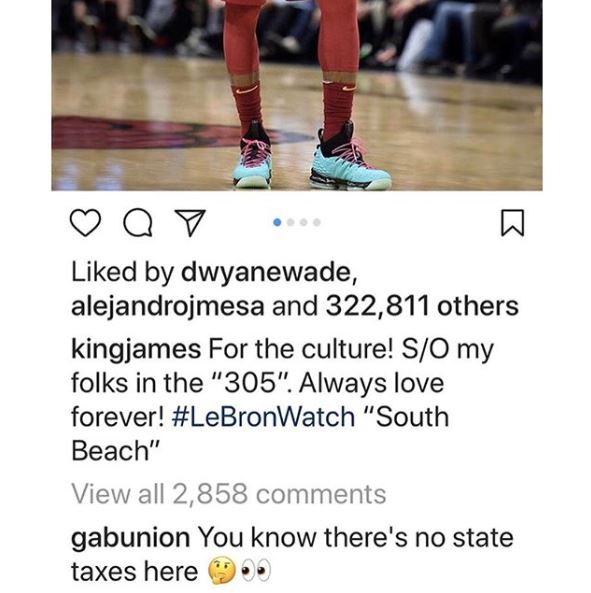 The close friendship between James and Wade is seen as one reason why James might consider a reunion with the Heat. During the two players’ four seasons in Miami from 2010-14, the Heat reached the NBA Finals every year and won NBA titles in both 2012 and 2013.

The possibility of James simply re-signing with the Cavaliers is also a possibility, especially since doing so would allow him to be paid much more than in any deal with the Heat or other NBA team. However, James left Cleveland once before, taking his talents to South Beach in the summer of 2010, so nothing is etched in stone.
[xyz-ihs snippet=”HN-300×250-TextnImage”]