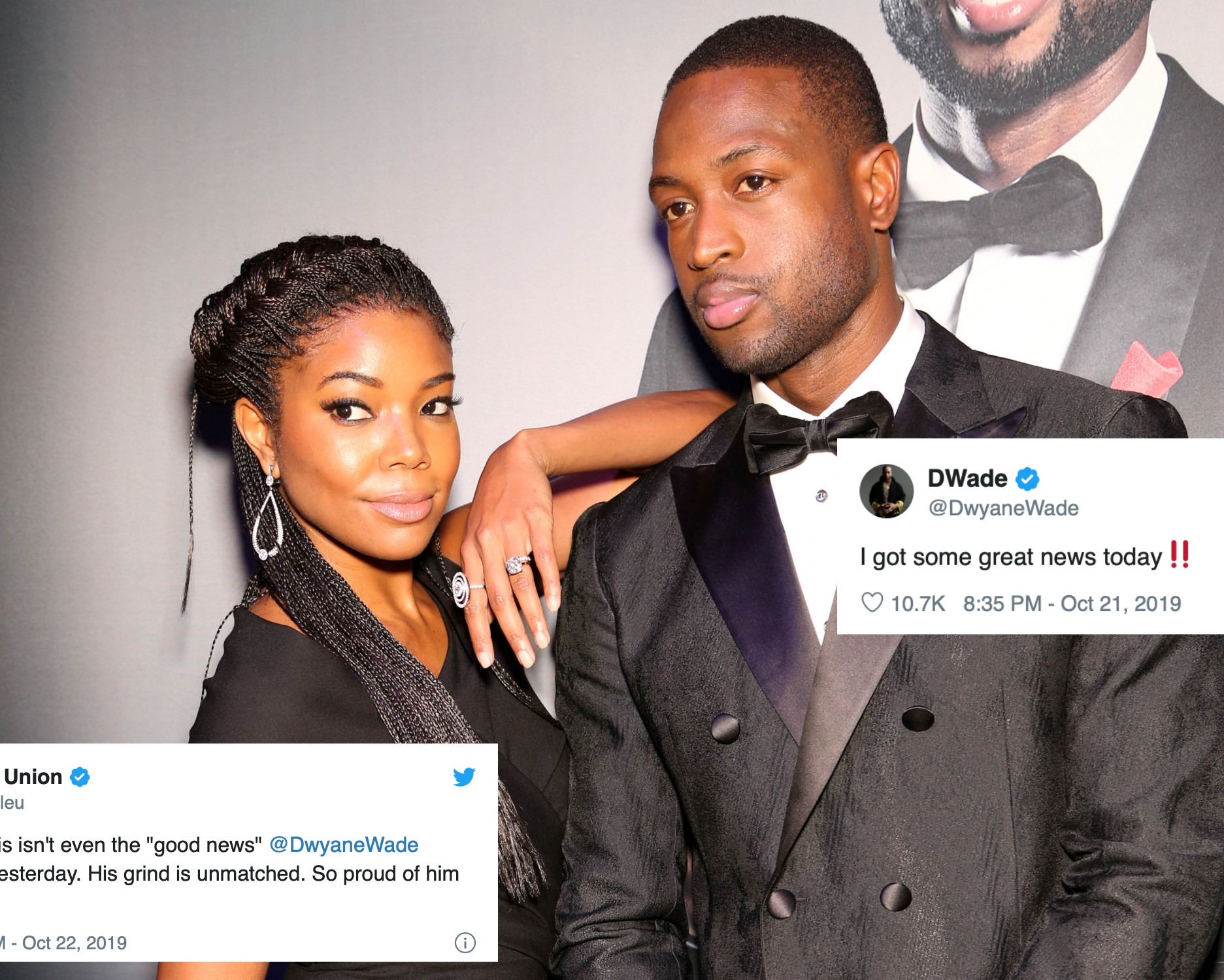 It appears that Dwyane Wade becoming the newest studio analyst for TNT is not the only good news the former Miami Heat star has in store.

Prior to the announcement, Wade tweeted out that he had recently received some great news.

I got some great news today‼️

Once it was revealed that he would be joining TNT, many fans assumed that the tweet was referring to Wade’s new job.

However on Wednesday, Gabrielle Union declared that Wade’s tweet was referring to something else entirely.

Oh and FYI… this isn't even the "good news" @DwyaneWade tweeted about yesterday. His grind is unmatched. So proud of him ❤?

Wade later replied to his wife’s tweet as only a husband can.

Damn that was sexy baby ? https://t.co/eBp47wDWcq

What’s exciting about the teaser from the actress is that the upcoming news from Wade might be something bigger than his new broadcasting career.

The only thing that is definitive about his still unreported good news is that it will not be a coaching job or a front office position for an NBA franchise as that would clash with his work as an analyst.

Whatever the other announcement is, fans of the former superstar guard can be sure that he will be giving his all towards the endeavor in the same way that he carved out his Hall of Fame career in the NBA.

There’s no doubt that fans should stay glued to his Twitter to see what announcement comes next.