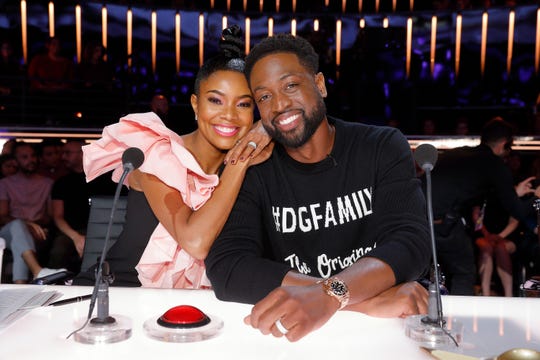 Actress and TV show host Gabrielle Union had her husband Dwyane Wade alongside her as a guest judge on “America’s Got Talent” on Tuesday.

Little did she know that Wade’s appearance on the show would be like “couples counseling” for them.

Union thought she knew everything there was to know about the former Miami Heat superstar, but judging talent on a popular variety show opened her eyes to new things about her husband of five years.

“I was surprised,” Union said on judging an episode with Wade. “I kept looking at him like, ‘Who are you?’ There were acts I assumed he would love and – not so much. And there were acts I assumed he wouldn’t like that he was intrigued by. It was kind of like, dare I say, a couples counseling almost, because I was understanding and seeing him in a very different space.”

Union was ecstatic to have Wade with her as a fellow judge on the talent show. She also thought that NBC’s decision to invite her husband was a no-brainer.

“Who better to judge potential champions but somebody who’s been a three-time (NBA) champion, has been voted an all-star 13 times?” said Union. “He’s got experience performing in high-pressure situations. I thought it was brilliant.”

The recently retired Wade was available to guest on “America’s Got Talent” when the Heat failed to make the playoffs last season. The taping of the show, which was done in April, would have coincided with the Heat’s postseason run had the team qualified.