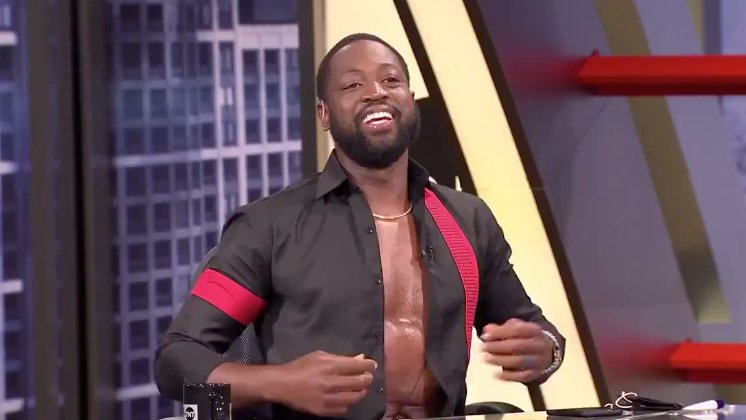 On Monday, former Miami Heat guard Dwyane Wade made an appearance on TNT prior to the game between the Los Angeles Lakers and Denver Nuggets.

During the broadcast, he debuted an outfit in honor of Lakers star LeBron James.

James and Wade are close friends and were teammates on both the Heat and Cleveland Cavaliers.

The outfit Wade wore on Monday evening clearly displayed his chest. His wife, Gabrielle Union, seemed quite fond of the fashion choice.

Now that Wade is retired, he seems to be having a ball poking some fun at his old teammate.

Clearly, his wife enjoys it too.

During his playing career, Wade was a 13-time All-Star and three-time NBA champion.

He won the scoring title during the 2008-09 season by averaging a career-high 30.2 points per game. An eight-time All-NBA selection, Wade retired following the 2018-19 season.

Surely, Wade will continue to offer entertainment as a broadcaster for the remainder of the 2019-20 NBA season and beyond.