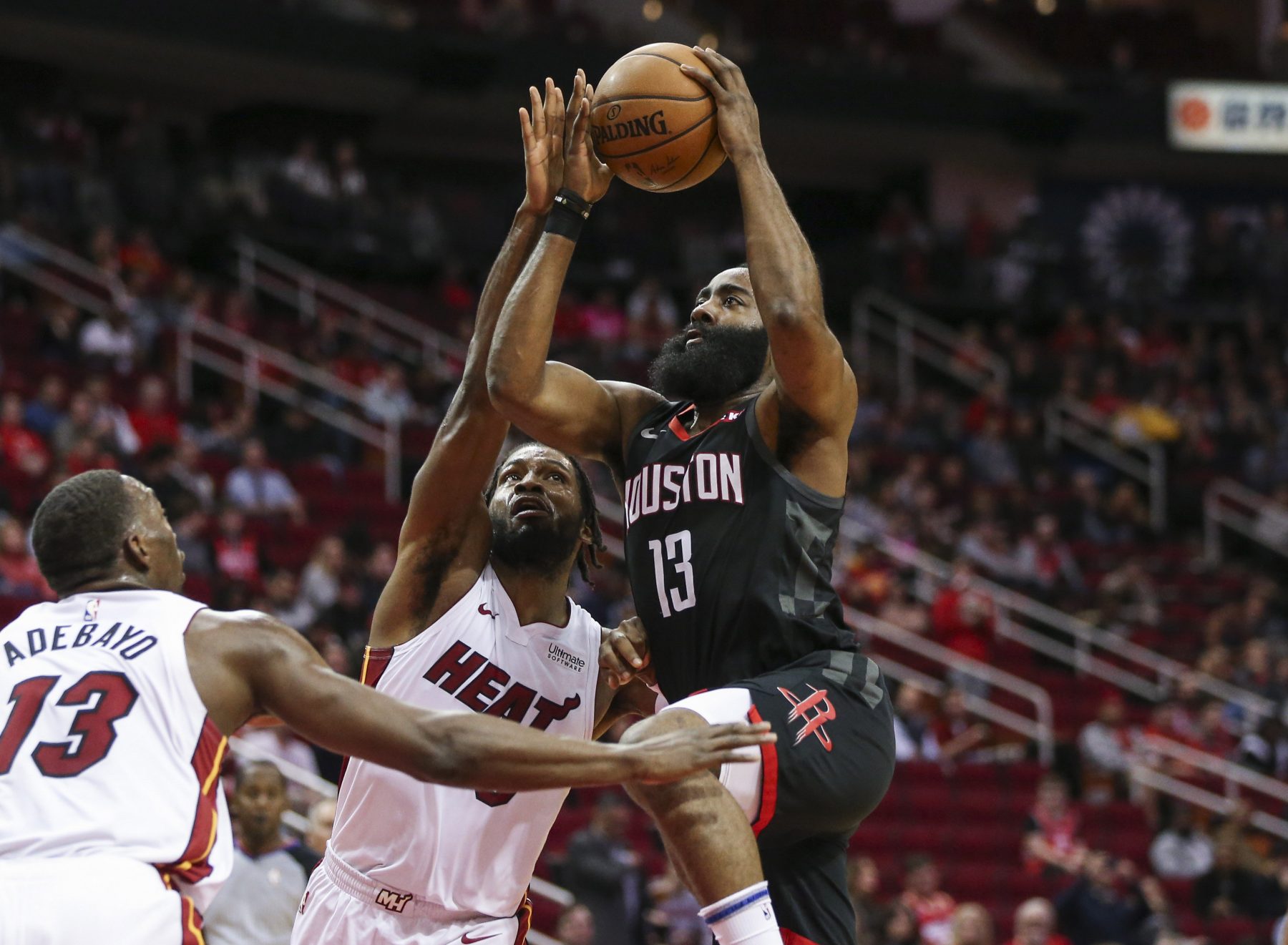 On Thursday night, Miami Heat had no answer when it came to stopping Houston Rockets guard James Harden, dropping a close 121-118 contest.

However, a frustrated Dwyane Wade explained how a breakdown in one facet of the Heat’s defense led to Harden’s 58-point night.

“We know what we need to do,” said Wade. “Like tonight, we knew when James Harden drives, don’t reach. And we continue to do it. That’s our season. That’s been our season.”

That inability to stop reaching allowed Harden to get to the foul line 18 times during the game, with the veteran making all 18 attempts. In such a close contest, that proved to be a crucially important difference.

What likely aggravated Wade even more was the fact that the Heat let a 21-point third-quarter lead slip away, which dropped the team’s season record to 27-34. With 6:18 left in the contest, the Heat had led 113-103 before then watching Harden spark a 14-0 run by scoring 10 of those points.

Wade offered his analysis of how the collapse occurred:

“Obviously, he (Harden) had the ball a lot and his teammates made timely plays when they needed to. They just got it going, and defensively, we weren’t as good as we were early on in the game when we had that lead, and that allowed them to come back.”

For the game, Harden picked up a double-double by also dishing out 10 assists on the evening.

The Heat and Wade will attempt to get back on winning track on Saturday night when they host the Brooklyn Nets at American Airlines Arena.
[xyz-ihs snippet=”HN-300×250-TextnImage”]