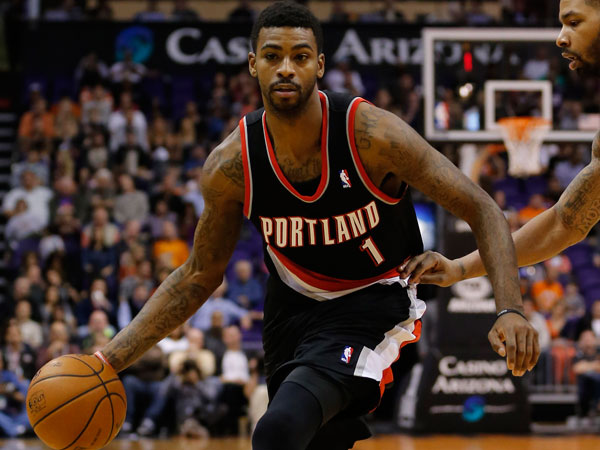 The Miami Heat could be looking at a familiar face this offseason to improve their three-point shooting.

Dorell Wright, who played with the Heat from 2004 until 2010 and won a championship with the franchise in 2006, expressed to 560 WQAM during an interview that he could see himself returning to Miami.

Wright stated the following when asked on if he could see himself playing in Miami next season:

“It’s a great chance of me returning back to Miami. I’m good friends with a lot of those guys. I’d be comfortable with coming back and also going out there competing at the highest level.” He continued “I played against Spo’s system. I played for that organization for six years and I understand what they’re looking for, what their expectation is from a player each and every day. You’ve got to bring your hard hat each and every day to work hard in practice and in games. If that opportunity came up again hopefully it’s gonna be good for myself and the family so I can make that move.”

The small forward was a sparsely-used reserve during the first five seasons of his career before emerging as a three-point shooter during his last season in Miami. During the 2009-10 season, Wright shot 38.9 percent from beyond the arc while converting on 61 treys.

However, it was after he left Miami for the Golden State Warriors that the former No. 19 overall pick truly emerged as one of the best long-range shooters in the league. During the 2010-11 season, Wright led the NBA in three-pointers with 194 treys converted. He also broke the franchise record for three-point field goals in a single season during that year.

The past two seasons have been rough for the 11-year veteran, as he played a small role for the Portland Trail Blazers after his emergence in Golden State. While in Portland, he averaged just 4.8 points per game on 37.6 percent shooting in 13.6 minutes

Realistically speaking, the Heat could sign Wright to the veteran’s minimum. He is a proven three-point shooting threat and is still just 29 years of age. Considering he’s a good friend of Dwyane Wade and his familiarity with coach Erik Spoelstra’s system, signing Wright would make perfect sense for Miami.
[xyz-ihs snippet=”Responsive-Ad”]