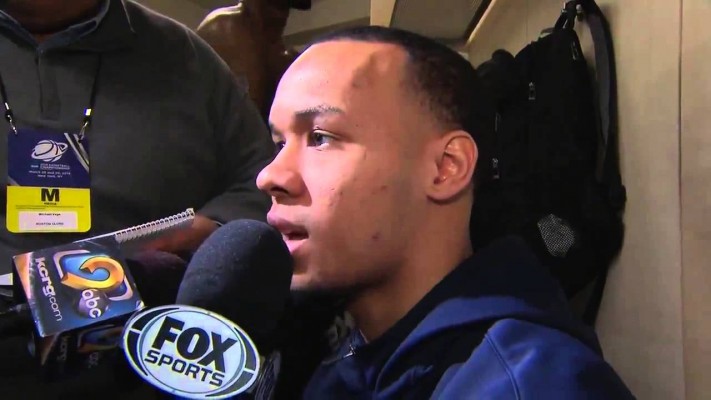 Earlier today, Ira Winderman of The Sun Sentinel had a chance to catch up with former Miami Heat point guard, Shabazz Napier. The 2014 first round draft pick is in Miami for a 7:30 pm exhibition bout versus his former team.

During a break from warmups, Napier reflected on his time with the Heat:

The Heat were in a precarious position entering the 2014 NBA Draft as their primary focus was set on keeping LeBron James in town.

Prior to the draft, James tweeted this:

Perhaps in an effort to appease James, Miami’s front office made sure to acquire the former University of Connecticut product.

Napier was held to a limited role throughout his stint in Miami, as his lack of size made it difficult to land much playing time. He backed up Mario Chalmers and Norris Cole for a while, but his fate was ultimately decided once the Heat landed Goran Dragic from the Phoenix Suns.

While things didn’t work out for Napier in Miami, it seems like he genuinely got a lot out of his time with the Heat. He looks to continue his NBA journey with the Orlando Magic in 2015-16. He is currently ranked third on the team’s depth chart at the point guard position.
[xyz-ihs snippet=”Responsive-Ad”]