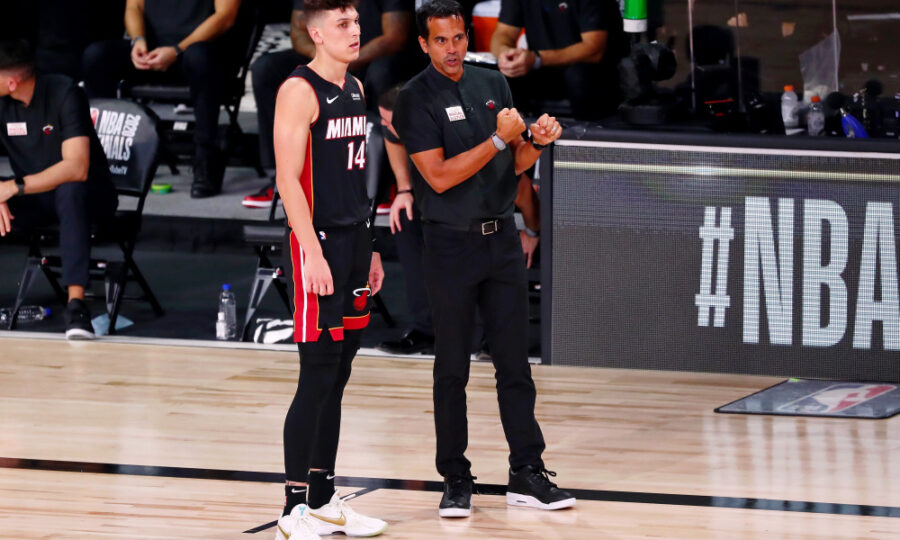 The Miami Heat’s Erik Spoelstra and San Antonio Spurs’ Gregg Popovich are two of the best coaches in the league.

“Fast forward and I’m seeing him in the bubble, and my God, was I wrong on this guy,” Carlesimo said. “Spo has been great for him, like Pop was for Tony Parker and Manu Ginobili. Tyler is so lucky he plays for Erik. I would have been bad for him. I would have been screaming at his shot selection. The rope they give him is really beneficial. He’s so confident it’s ridiculous for a young guy. That’s why he’s going to be so good.

The youngster has thrived in Spoelstra’s system. After all, Spoelstra has placed massive trust and confidence in Herro.

Of course, Popovich invested the same type of belief in Parker and Ginobili. Both international standouts saw their careers blossom in San Antonio despite having no spotlight on them when they came into the league.

Parker, who earned the 2007 NBA Finals MVP award, was the No. 28 pick in the 2001 NBA Draft. He averaged 15.5 points and 5.6 assists throughout the course of his career in the association.

Ginobili, 43, was the No. 57 selection in the 1999 NBA Draft. The two-time All-Star captured four championships during his time in the NBA.