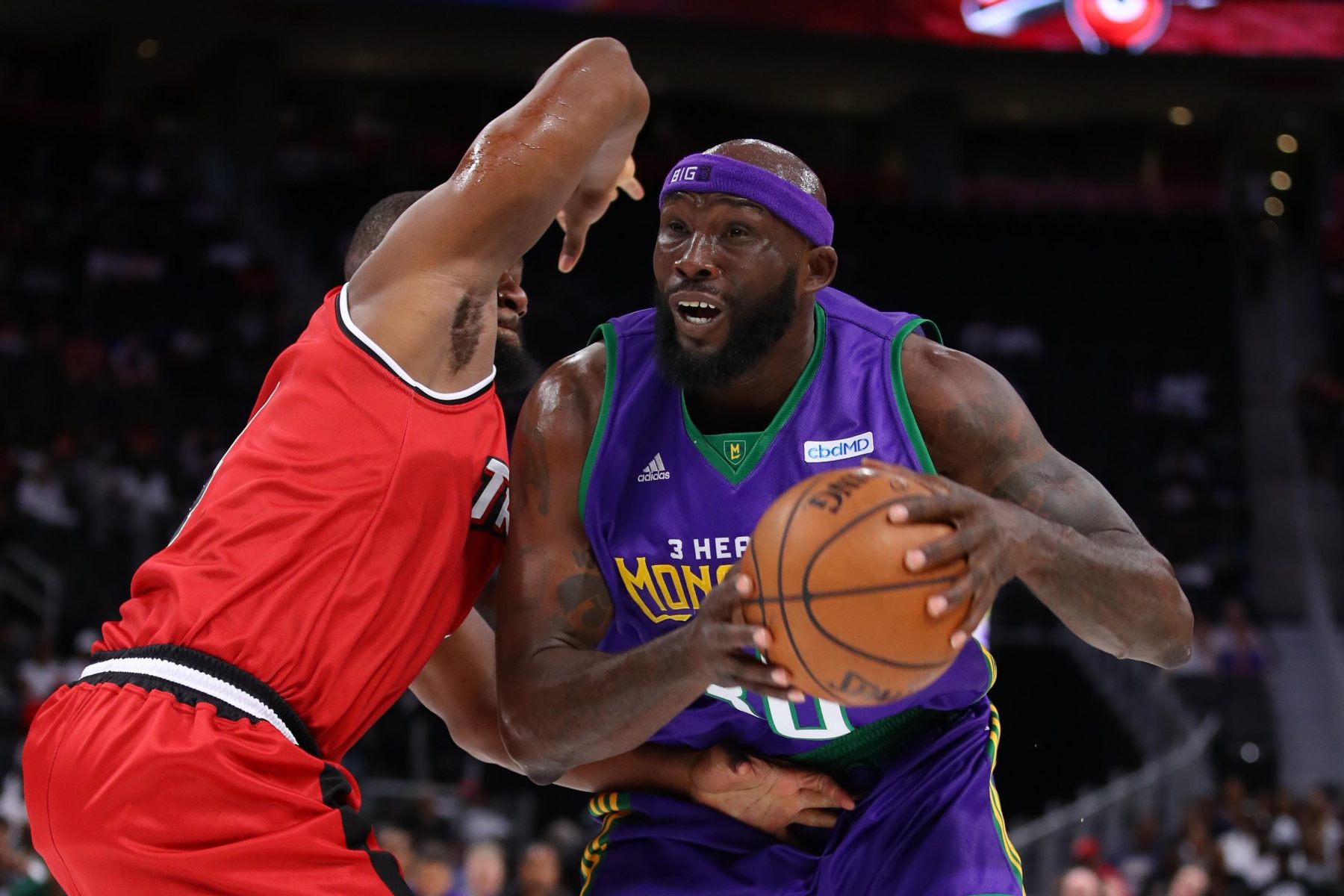 Former NBA big man Reggie Evans has zero love for either the Miami Heat or the NBA.

Following BIG3 play at American Airlines Arena on Saturday, former Heat players Mario Chalmers and Rashard Lewis were asked what it was like to be back playing basketball in South Florida.

That’s when Evans answered for them, offering his not-so-subtle take on the Heat and NBA.

Evans wasn’t done either. He was also rubbed the wrong way when reporters asked his teammates about NBA legend Vince Carter continuing his career despite being 42 years of age.

It’s clear that Evans is not into the idea of some kind of potential partnership between the two leagues.

As for Chalmers, when he finally got a chance to answer the question about being back in South Florida, his answer was far more agreeable.

“It’s just like playing at home for me,” Chalmers replied.