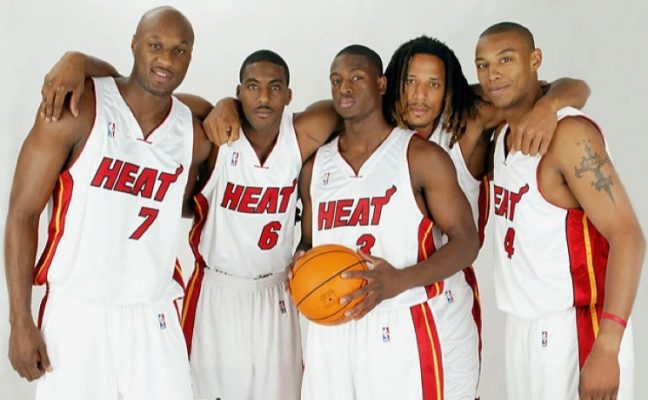 Former Miami Heat star Lamar Odom has had quite the struggle with drug abuse in recent years, and now he is looking to open up about his past.

In a soon-to-be published memoir titled “Darkness to Light,” Odom admits that he used a prosthetic penis to pass a drug test to qualify for the 2004 Summer Olympics.

“We started googling ‘fake penises’ and studied different ways to beat a drug test,” he wrote. “After an exhaustive search we ordered a giant, rubber, black c— to arrive the next day.”

He goes on to recall how he used the prosthetic to pass the test.

“I unzipped my pants and carefully slid the fake penis through the zipper hole. To get the pee to come out of the tip, I had to squeeze the shaft repeatedly,” Odom wrote.

Despite his anxiety about the test, Odom passed the test and went on to play for a USA Basketball Men’s National Team that would go on to bring home the bronze medal.

“He stuck a thermometer in the cup to gauge the temperature … satisfied that the pee was mine, said ‘Welcome to Team USA,’” Odom wrote.

Odom has struggled quite a bit since retiring from the NBA in 2013. Those struggles included a near-death experience from drug overdose in 2015.

More recently, however, it looks like Odom is making real steps towards progress and health. Hopefully this book serves as another way to move past his previous missteps towards a better life.
[xyz-ihs snippet=”HN-300×250-TextnImage”]

Featuredlamar odommiami heatNews Ticker
← Previous Story Division II College Star Being Described as Next Dwyane Wade
Next Story → P.J. Washington Explains Why He Would ‘Love’ to Play on Miami Heat