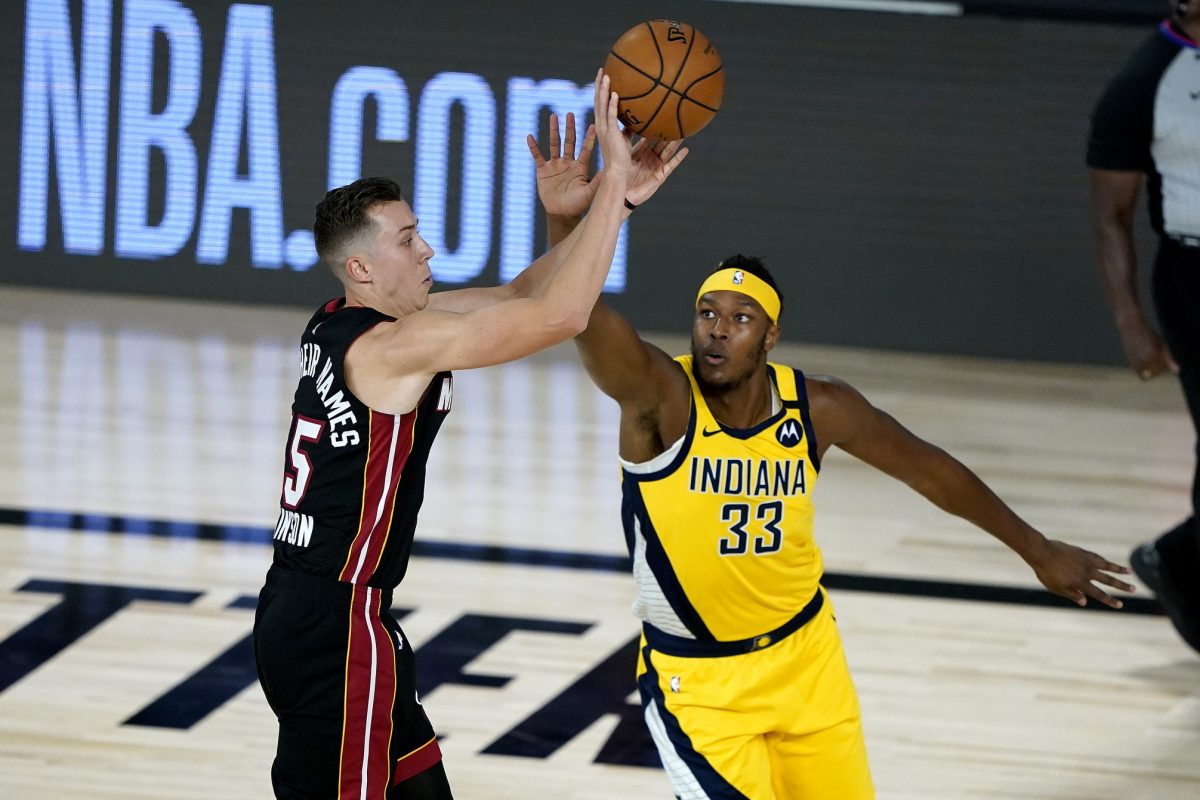 Duncan Robinson said Mike Miller reached out to him during the pandemic shutdown.

Robinson, 26, is coming off a fantastic performance in Game 2 of the Heat’s first-round playoff series against the Indiana Pacers.

The University of Michigan product went 7-for-8 from 3-point range in the Heat’s 109-100 victory. He finished the game with 24 points, two rebounds and two assists.

Miami has taken control of the series, as it is now ahead 2-0. Robinson is hoping to fill a similar role to Miller’s on Miami’s championship teams.

For his career, Miller shot a blistering 40.7 percent from beyond the arc. His coaching and mentorship should only help Robinson improve on what has already been a successful season.

Robinson finished the regular season averaging 13.5 points, 3.2 rebounds and 1.4 assists per game while shooting 44.6 percent from beyond the arc.

The Heat will square off with the Pacers in Game 3 on Saturday from the Orlando, Fla. bubble.