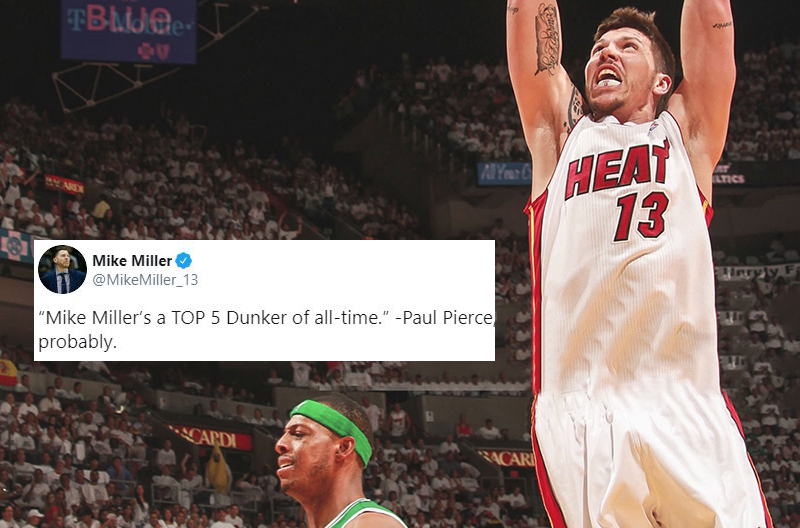 Former Boston Celtics forward Paul Pierce recently sent shock waves throughout the NBA world when he claimed that former Miami Heat superstar LeBron James is not a top five player of all time.

As a result, many players, former and current, have come forward to put Pierce in his place. The latest to take a shot at Pierce is former Heat sharpshooter Mike Miller.

Miller was on the Heat for most of the Big 3 era that consisted of James, Chris Bosh and Dwyane Wade. He saw firsthand the damage James was able to do as he helped the Heat win back-to-back titles in 2012 and 2013 on his way to two Finals MVPs.

The former University of Florida product averaged 5.4 points per game during his time in Miami, while shooting a blistering 41.7 percent from three-point land.