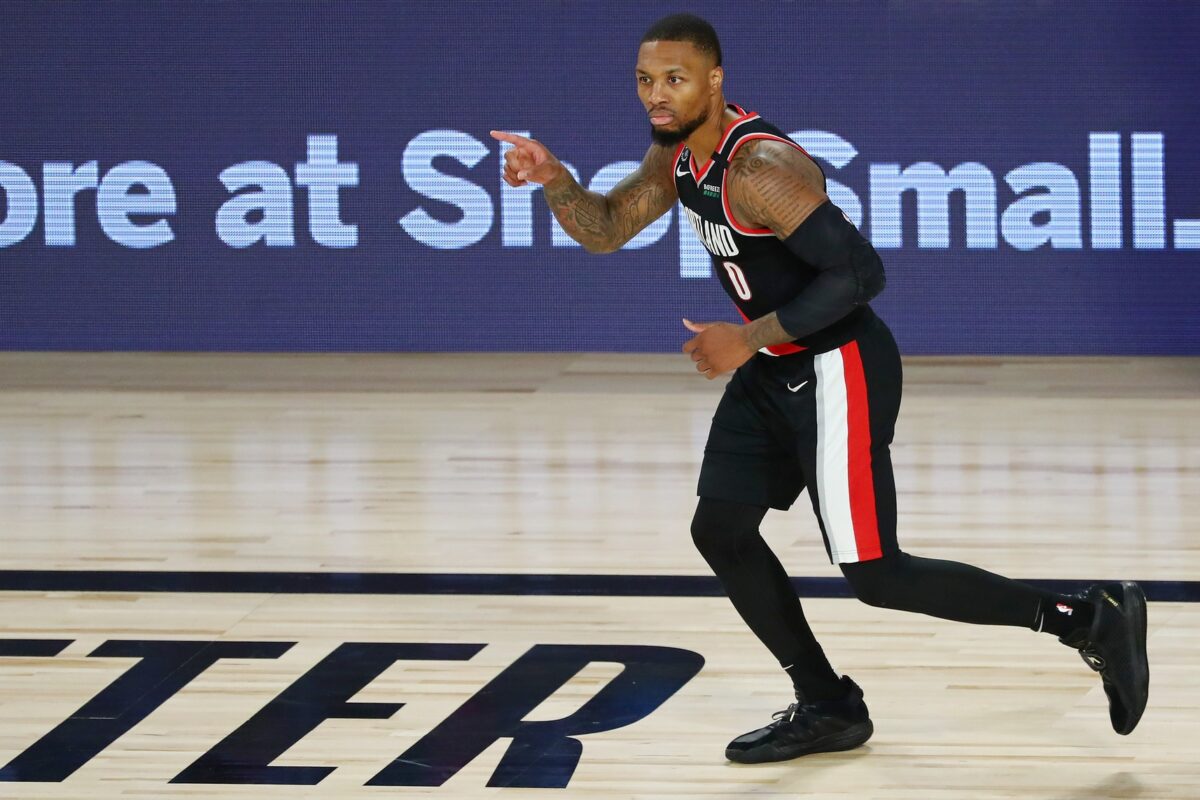 I can see @Dame_Lillard with the @MiamiHEAT.. I’m just saying

Bryant, who hasn’t played in the NFL since 2017, offered no insight into how the Heat would acquire Lillard or whether Lillard is even interested in moving across the country to play for the Heat.

While the Heat would no doubt love to have Lillard on their roster, putting together the massive trade package that effort would require and then fitting the veteran guard within the salary cap remain unanswered questions.

The 30-year-old Lillard was selected by the Trail Blazers with the sixth overall pick in the 2012 draft and has spent all eight of his NBA seasons in the team’s uniform. During that time, Lillard has averaged 24.2 points, 6.5 assists and 4.2 rebounds.

Lillard is also one of the more durable players within the league, with his 37.5-minutes-per-game average this past season leading the league.

That high level of production for Lillard translated into a huge contract extension that would be a stiff challenge for the Heat to accommodate. Last year, Lillard signed a four-year supermax deal with the Trail Blazers that’s expected to pay him $196 million over four years.

The final year of that new contract, for the 2024-25 season, is a player option that Lillard undoubtedly will choose to pick up, considering that he’ll be paid $54.25 million.

Those financial considerations and the prospect of making a huge change on a team that’s currently in the NBA Finals make Bryant’s prediction an interesting concept, but not one to be taken seriously.